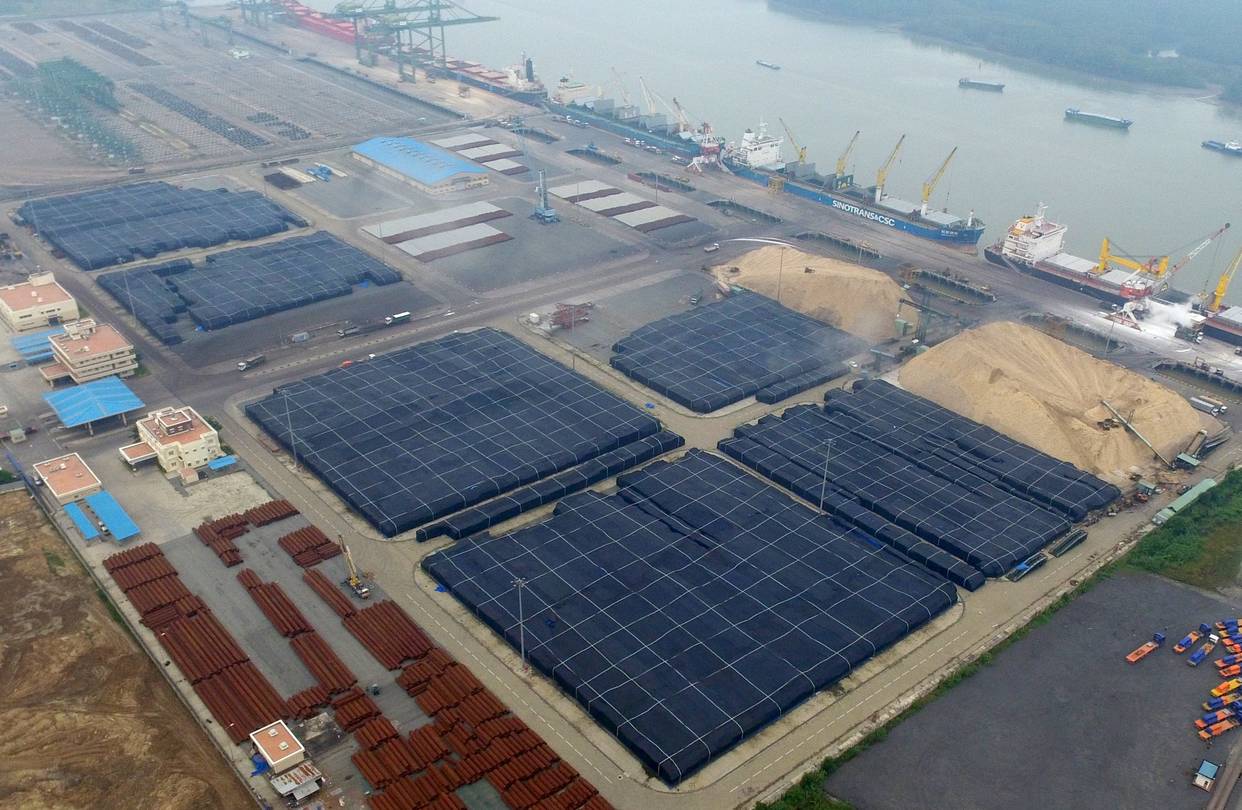 ENLARGE
Much of the 500,000 metric tons of aluminum shipped from Mexico sits under tarps at a remote port in southern Vietnam. PHOTO: VU TRONG KHANH/THE WALL STREET JOURNAL

WSJ_VUNG TAU, Vietnam—One of the world’s largest aluminum stockpiles, which until a few months ago was stored under hay and plastic tarp in a Mexican desert, has been moved to a remote port here in southern Vietnam.

Starting early this year, 500,000 metric tons of aluminum has been trucked out of the Mexican city of San José Iturbide and shipped to Vietnam, according to shipping records and people familiar with the matter. Much of it now sits under black tarps, guarded by baton-wielding men on motorcycles, at a factory and waterfront complex in this South China Sea port about a two-hour drive south of Ho Chi Minh City.

The unusually large shipments have captivated traders and aluminum-industry experts and sparked worries about what it means for global markets and aluminum prices. According to Global Trade Information Services, which tracks world-wide trade, Vietnam was the destination of 91% of Mexico’s aluminum-extrusion exports this year—a rarely used trade route for aluminum in recent years.

The Mexican stockpile, now in Vietnam, was the subject of a Wall Street Journal article in September that traced the metal’s connections to one of China’s richest men, Liu Zhongtian, chairman of aluminum giant China Zhongwang Holdings. American aluminum executives accused Mr. Liu of sending his metal to Mexico to disguise its Chinese origins and evade American tariffs—a charge Mr. Liu and China Zhongwang denied.

There are connections between businesses associated with Mr. Liu and his family and the metal piling up in Vietnam, according to shipping and business records and people who have studied the shipments.

The metal’s journey from Mexico to Vietnam coincided with a surge in exports to Vietnam from two other countries: China and the U.S., via ports near businesses associated with Mr. Liu, according to shipping records and people familiar with the companies.

For example, 65% of American exports of aluminum extrusions were to Vietnam through August this year, compared with 3% in 2015, according to GTIS. Vietnamese import records show a substantial amount of the aluminum imported from the U.S. this year came from Perfectus Aluminum Inc.

Perfectus once was owned by Mr. Liu’s son and now is owned by Jacky Cheung, a business associate of Mr. Liu’s who also owns Aluminicaste Fundición de México, a Mexican company that oversaw the Mexican aluminum stockpile, according to business records and people familiar with the matter. Mr. Liu’s son also once owned Aluminicaste.

Mr. Cheung also is one of the owners of Global Vietnam Aluminum Co., which owns the Vung Tau factory where part of the Mexican aluminum is currently stored. 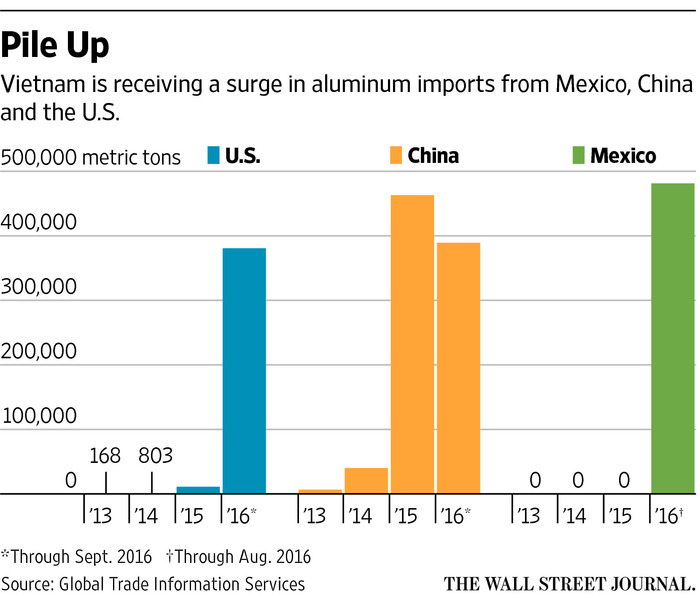 Mr. Liu has said he had no connection to his son’s businesses in Mexico or the U.S. “In this matter, I have not helped him,” he told The Wall Street Journal in a June interview, referring to Aluminicaste.

Aluminicaste, which has denied ownership of the aluminum in Mexico, declined to comment. Global Vietnam referred questions to Mr. Cheung, who didn’t respond to requests for comment.

China Zhongwang spokeswoman Harriet Lau said the company has no connection to the metal in Vietnam. “Financially, it does not make commercial sense to stockpile aluminum products,” she said, since shipping and warehousing products is costly and doesn’t generate a profit for the company.

Mr. Liu, China Zhongwang and Aluminicaste also have denied any connection to the vanished metal stockpile in Mexico.

All told, since the start of 2015, about 1.7 million tons of aluminum extrusions worth $5 billion have been shipped to Vietnam from Mexico, China and the U.S., according to GTIS. The world’s next-biggest reported cache of aluminum is in the Netherlands, a metal-trading hub, and only about a third as big.

“It’s an enormous stockpile,” says Eoin Dinsmore, an aluminum analyst at business-intelligence firm CRU Group in London, which estimates the Vietnamese cache represents 14% of the world’s total inventory of aluminum. “If it’s moved into other markets, it will have a significant impact” on prices.

Most of the 1.7 million tons shipped to Vietnam has come through the seaside complex in Vung Tau, according to Mr. Dinsmore, citing satellite photos that show the massive stockpiles. Vung Tau is the primary shipping port of Global Vietnam Aluminum, the only Vietnamese company that could handle a stockpile so large, said Jorge Vazquez, founder of Harbor Aluminum Intelligence LLC, which studies global aluminum markets, including those in Vietnam.

“It is clear that aluminum products held by Global Vietnam Aluminum were produced by China Zhongwang,” Mr. Gray said, claiming clear ties between Mr. Liu and several of the companies that have received and shipped large shipments of aluminum in the U.S., Mexico and Vietnam.

Write to Scott Patterson at scott.patterson@wsj.com, Biman Mukherji at biman.mukherji@wsj.com and Vu Trong Khanh at Trong-Khanh.Vu@dowjones.com