Iceland submitted the draft resolution backed by mainly European states, they said. The text urges the government to prevent extrajudicial executions and marks the first time that the Human Rights Council has been asked to address the crisis. END_OF_DOCUMENT_TOKEN_TO_BE_REPLACED

The Philippines on Wednesday condemned the “cowardly action” of a suspected Chinese fishing vessel accused of abandoning a Filipino fishing crew after a collision in the East Vietnam Sea, while thanking a Vietnamese ship for coming to the fishermen’s aid.

The Chinese ship on Sunday hit a Filipino craft anchored near Reed Bank causing it to sink and leaving 22 crewmen “to the mercy of the elements,” Philippine defense secretary Delfin Lorenzana was quoted by AFP as saying in a statement on Wednesday. END_OF_DOCUMENT_TOKEN_TO_BE_REPLACED 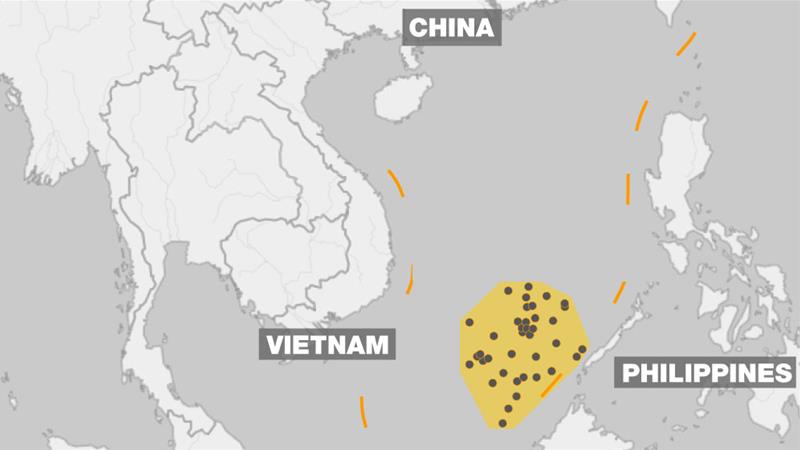 END_OF_DOCUMENT_TOKEN_TO_BE_REPLACED

The first news that militants had taken to the streets of the Islamic City of Marawi on May 23, 2017, came from Facebook. Pictures of masked men carrying assault rifles and waving the black flag of the Islamic State were swirling across social media well before Philippine and international news channels picked up the story. By the time the military and the media had begun to respond, Marawi’s residents were already streaming out of the city by the tens of thousands to seek refuge from the violence. END_OF_DOCUMENT_TOKEN_TO_BE_REPLACED

END_OF_DOCUMENT_TOKEN_TO_BE_REPLACED

For anyone who has spent time in the Philippines, you can probably relate to the frustration over the country’s poor road and transportation infrastructure. Whether in metro Manila, where an average commuter spends more than an hour stuck in traffic jams or about three hours commuting to and from work, or in the countryside, where paved roads end abruptly leaving a bumpy, grueling drive ahead, the infrastructure problem is omnipresent. 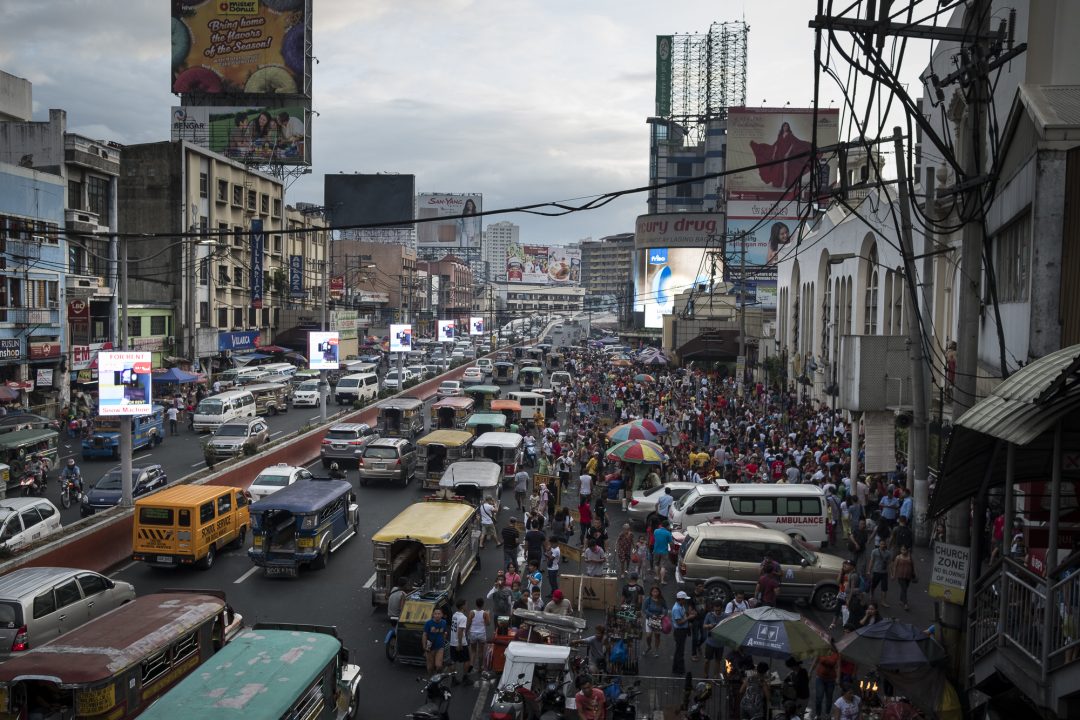 Heavy traffic jammed in both directions along a major road in Quiapo, Manila, Philippines. An average city commuter spends more than an hour stuck in traffic jams like this. Photo/Conor Ashleigh

In the World Economic Forum’s latest Global Competitiveness Index, the Philippines ranked 56th out of 137 countries. Despite moving up a notch from the previous year, the country still fell behind six of its ASEAN neighbors. One of the biggest impediments is a lack of investment in infrastructure: the index puts the Philippines 90th in terms of infrastructure ranking and warns that this is significantly undermining the country’s ability to compete globally. END_OF_DOCUMENT_TOKEN_TO_BE_REPLACED

Buddhist monks protest the visit of a U.N. official in Yangon on Jan. 16, 2015. According to local media reports, they were angry that the international organization had urged the government to give members of the Rohingya minority citizenship. © Reuters

YANGON/JAKARTA — With Mt. Agung billowing volcanic ash into the sky above his home in Bali, Khairy Susanto was unsure if he could fly back after joining tens of thousands of fellow Indonesian Islamists at a rally near the presidential palace in Jakarta.

“Inshallah, we can fly, but it doesn’t matter, we will be OK,” Susanto said. “We are happy to be here today to celebrate our victory.” END_OF_DOCUMENT_TOKEN_TO_BE_REPLACED

Manila, Philippines – Diego swam across the chilly waters of Lake Lanao in pitch darkness to make it to the opposite shore before first light.

It was August 4, and the young father was fleeing the main battle zone in Marawi, a city on the southern island of Mindanao in the Philippines, where, for three months, he was held hostage by Maute fighters linked to ISIL. END_OF_DOCUMENT_TOKEN_TO_BE_REPLACED

Philippine President Rodrigo Duterte, in an apparent policy shift, said on Wednesday he planned to ask China to make clear its intentions in the disputed South China Sea during Asia-Pacific Economic Cooperation (APEC) meetings in Vietnam.

The Philippines has declared victory over supporters of the Islamic State of Iraq and the Levant (ISIL) group in the southern city of Marawi.

Five months of urban combat left 920 fighters dead and cost the lives of 165 government soldiers and at least 45 civilians.

The government had teamed up with its former enemies from the Moro Islamic Liberation Front in its attempts to snuff out the fighters.

Fighting ended when troops finally overcame pro-ISIL fighters, including foreigners, who were holed up in several buildings in the heart of the city.

Officials say martial law will continue to be implemented in the wider Mindanao area.

The end of the clashes gave way to scenes of a historic city in ruins with soldiers patrolling the gutted out and pockmarked remains of apartment blocks and houses.

Pictures taken after the battle reveal it devastating impact; buildings turned to rubble, cars dotted with bullet holes, and personal belongings and furniture heaped beside the shell of a row of houses.

More than 600,000 locals were displaced by the fighting.