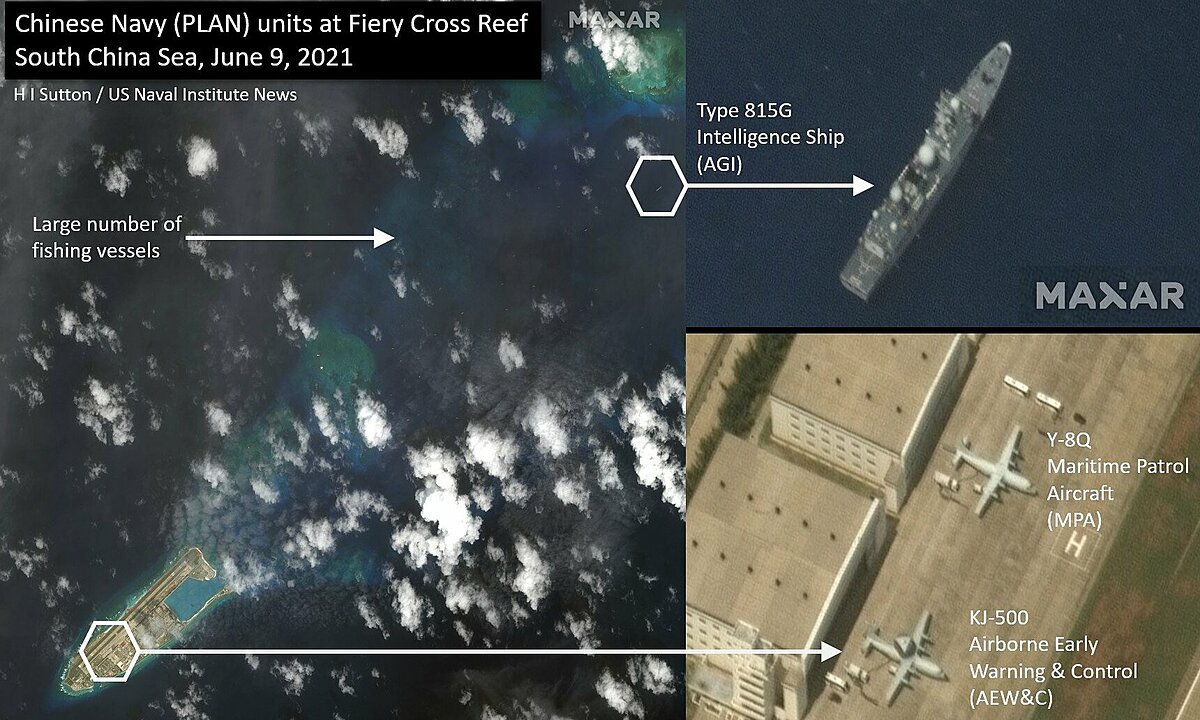 “All activities that violate the sovereignty and other relevant rights of Vietnam on its Truong Sa (Spratly Islands) are illegal and hold no value. In the current regional and international context, Vietnam requests that parties refrain from actions that further complicate the situation and instead contribute positively to maintaining peace and stability in the East Sea,” Foreign Ministry spokeswoman Le Thi Thu Hang said at a press meet.

She was responding to inquiries regarding China’s recent deployment of military vessels and aircraft to the Fiery Cross Reef on Vietnam’s Spratly Islands.

Satellite images taken June 9 by space and intelligence firm Maxar showed a Chinese surveillance vessel operating near an illegal, artificial island created by China on the Fiery Cross Reef. They also showed a patrol aircraft and an early warning aircraft parked on a runway on the artificial island.

The appearance of Chinese vessels and aircraft was taking place amid rising tensions in the East Sea, internationally known as the South China Sea, after numerous illegal activities by China, including the recent deployment of hundreds of fishing vessels at the Whitsun Reef area and 16 military aircraft flying next to Malaysian airspace.

Vietnam has full legal basis and historical evidence to assert its sovereignty over the Hoang Sa (Paracel) and Spratly islands in accordance with international law, Hang reaffirmed.

The Fiery Cross Reef, part of Vietnam’s Spratly Islands, has been illegally occupied and militarized by China.

China has deployed vessels to survey for oil and gas at the South China Sea multiple times, despite their violation of countries’ Exclusive Economic Zones under international law.Related News: