China’s plans for a huge new embassy complex in the British capital faces more controversy, after the local authority in charge of approving the construction on the former Royal Mint site supported a motion to rename streets nearby to Tiananmen Square, Hong Kong Road, Uighur Court and Tibet Hill.

Councillor Rabina Khan, who seconded the motion on Wednesday evening, said she was delighted the Tower Hamlets London Borough Council was “making sure that we call out the Chinese Communist Party’s human rights violations against the Uygur Muslims, and also the fact we are standing for the people of Tibet and stand in solidarity with Hong Kong”.

The motion was approved on the condition the renaming process would not cost the council any money.

END_OF_DOCUMENT_TOKEN_TO_BE_REPLACED

But on day 13, Zernicka-Goetz halted the experiment.

Zernicka-Goetz had hit up against an internationally recognized ethical limit called the “14-day rule.” Under this limit, scientists have agreed never to allow human embryos to develop beyond two weeks in their labs. That is the point at which a spherical embryo starts to form a body plan, deciding where its head will end up, and when cells begin taking on specialized missions.

Stem cells can be coaxed to self-assemble into structures resembling human embryos.

For the last 40 years, the rule, which is law in some countries and a guideline in others, has served as an important stop sign for embryonic research. It has provided a clear signal to the public that scientists wouldn’t grow babies in labs. To researchers, it gave clarity about what research they could pursue.
END_OF_DOCUMENT_TOKEN_TO_BE_REPLACED 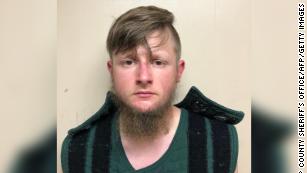