END_OF_DOCUMENT_TOKEN_TO_BE_REPLACED
17.11.2020 ~ Trần Đình Hoành ~ Bình luận về bài viết này
In an address at the 15th East Asia Summit (EAS), External Affairs Minister S Jaishankar also talked about the Indo-Pacific and noted the growing interest in the region as an integrated and organic maritime space with 10-nation ASEAN at its centre.

India expressed concern over “actions and incidents” that “erode” trust in the South China Sea.

Vietnam’s Communist Party General Secretary and President Nguyen Phu Trong (centre) walks past flags of the Asean member countries before opening the 37th Asean in Hanoi on Thursday. It was followed by other related meetings, including the East Asia Summit on Saturday. (Reuters photo)

Asia-Pacific leaders voiced concern over the situation in the resource-rich South China Sea at a regional summit on Saturday, a Japanese government official said, as security tensions between the United States and China have shown no sign of easing.

At least some of the ballistic missiles that China’s People’s Liberation Army fired into the South China Sea during an exercise earlier this year, which you can read about more in the War Zone‘s initial story on those drills, reportedly hit a moving target ship. If true, this would be the country’s first known demonstration of an actual long-range anti-ship ballistic missile capability, which could significantly change the operational calculus for any potential opponent, including the United States, in the disputed maritime region and elsewhere in the Pacific. 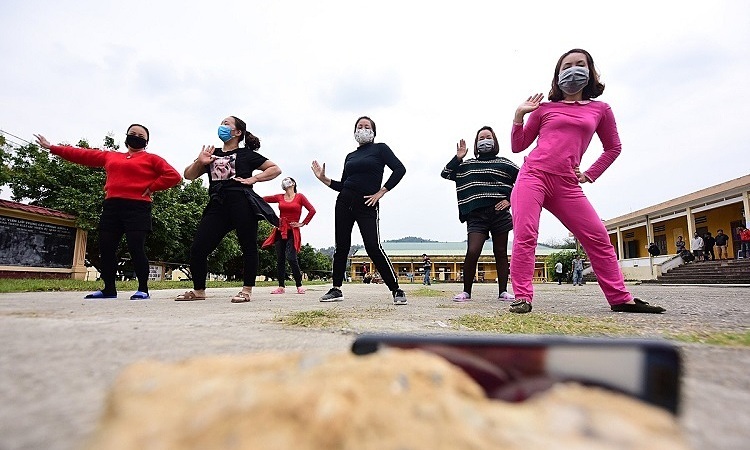 Vietnam has moved up 12 places to 73rd out of 167 economies in a global prosperity ranking, ahead of several Asian peers.

With an overall score of 58.3 points, Vietnam ranked 13th out of 29 economies in the Asia-Pacific region, according to the Prosperity Index 2020 published Monday by London-based think tank Legatum Institute.

TĐH: Dear readers, for the sake of Vietnamese workers, please kindly promote this article far and wide. Thank you very much.

I am not an expert. Most certainly, I am not an economist. I just speak from the experience of being an ordinary, unskilled worker.

Until a few years ago, as college students, my friend and I typically spent summer vacations as factory workers to earn some money and help parents pay our tuition fees.

TĐH: There are many intangible benefits from foreign direct investments (FDI) – employment and jobs for the local population, increased education, increased professional skills, better law enforcement and legal process, better working and living conditions in general for the locality… Not just taxes. Tax is a small part of the benefit package. If we need to lower/exempt taxes to compete, then let’s do that to compete. If the entire gang of Asia or Southeast Asia countries agree not to use taxes to compete, then that is “an agreement not to compete,” in a national scene that would constitute a violation of antitrust (anti-competition) law, harmful to consumers and to the economy. The economic principle should not be different in the international scene. (But of course, we need to compete both in business environment and in financial benefits such as taxation and land lease). 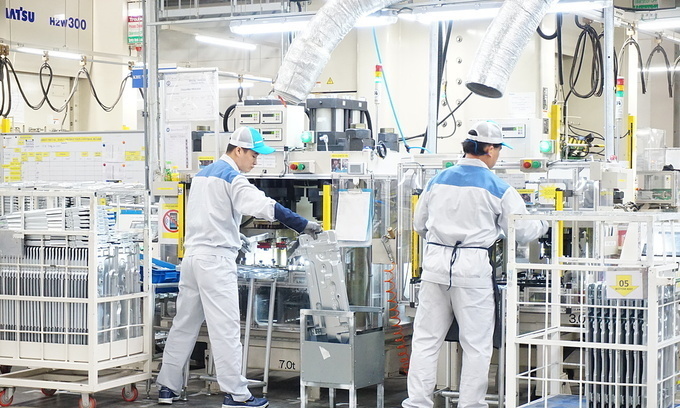 Workers seen in a foreign-invested air conditioner manufacturing plant in the northern province of Hung Yen in December 2019. Photo by VnExpress/Vien Thong.

Competing for foreign investment with tax incentives will end up hitting governments’ revenues and be a lose-lose situation for all ASEAN members, experts warn.

The average corporate income tax rate in Southeast Asia has fallen from 25.1 percent in 2010 to 21.7 percent this year, showing that countries are competing with one another in a “race to the bottom” by offering aggressive tax incentives to foreign multinationals, a recent report by Oxfam, a global organization working on poverty alleviation, and its partners said.

Mergers and acquisitions in Vietnam are forecast to change from the beginning of next year, when three amended laws will come into effect at the same time.

Deputy Director of the Central Institute of Economic Management Phan Duc Hieu, spoke with VIR’s Khanh An about impact of the laws on enterprises, investment, and securities on the M&A market.

How do you estimate the impact of the amended laws on enterprises, investment, and securities on capital contributions and share purchases activities?

Following a proposal by 10 provinces, the Ministry of Investment and Trade (MOIT) wants to extend the deadline for FIT (Feed in Tariff) application because many wind power projects cannot become operational prior to the given date.

MOIT is consulting with relevant ministries and branches on its draft report to the Prime Minister on solutions to settle the problems of wind power projects.

On September 10, 2018, the Prime Minister released Decision 39 on wind power prices (not including VAT). EVN buys electricity from in-land wind power projects at VND1,927 per kwh (8.5 US cent), while the price of VND2.223 per kwn (9.8 cent) is applied to offshore wind power projects.

TOKYO: Japanese Prime Minister Yoshihide Suga and his Australian counterpart, Scott Morrison, may agree a historic defence pact on Tuesday (Nov 17) that will closely align two key US allies in Asia as a counter to China’s growing influence in the region.

TAIPEI: Trade-dependent Taiwan has made “relatively” good progress towards joining the revamped version of the Trans-Pacific Partnership, but it is awaiting clearer rules on membership, the island’s chief trade negotiator said on Monday (Nov 16).

Former U.S. Secretary of State Henry Kissinger said the incoming Biden administration should move quickly to restore lines of communication with China that frayed during the Trump years or risk a crisis that could escalate into military conflict.

“Unless there is some basis for some cooperative action, the world will slide into a catastrophe comparable to World War I,” Kissinger said during the opening session of the Bloomberg New Economy Forum. He said military technologies available today would make such a crisis “even more difficult to control” than those of earlier eras.

“America and China are now drifting increasingly toward confrontation, and they’re conducting their diplomacy in a confrontational way,” the 97-year-old Kissinger said in an interview with Bloomberg News Editor-in-Chief John Micklethwait. “The danger is that some crisis will occur that will go beyond rhetoric into actual military conflict.”