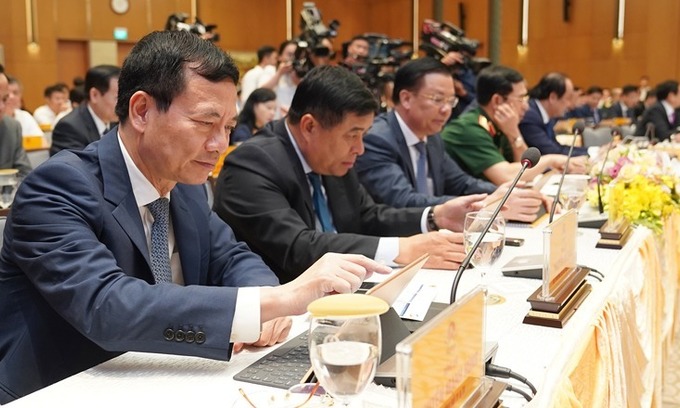 Four ministries should be combined into two, with four instead of five deputy PMs, the state organizational institute proposed.

The Ministry of Finance and the Ministry of Planning and Investment should be merged, while the same applies to the Ministries of Transport and Construction, the Institute for State Organizational Sciences under the Ministry of Home Affairs told the government.

Le Anh Tuan, deputy head of the institute, said the merger would reduce the number of ministries and ministerial-level agencies from 22 to 20 and streamline the cabinet.

Many countries with bigger populations and economies employ ministry and ministerial-level agency numbers smaller than Vietnam, including Russia with 21, France with 18, Singapore with 16, the U.S. with 15, and Germany with 14, he noted.

It was suggested the number of deputy prime ministers, an intermediate level position, should decrease to ensure the government operates faster and makes timely decisions.

The task of occupational training from the Ministry of Labor, Invalids and Social Affairs would also be transferred to the science ministry by then.