LONDON – In the backyards of rural Cambodia, a tiny weapon is being deployed to fight dengue fever, the world’s fastest-spreading tropical disease, which causes debilitating flu-like symptoms and can develop into a deadly hemorrhagic fever.

More than 3,000 households in Kampong Cham province, which has one of the highest dengue rates in Cambodia, have been given colorful guppy fish to breed in barrels of water that villagers keep close to their homes for cleaning and cooking. 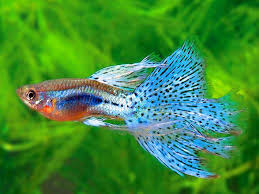 Presenting the results of a one-year pilot project, charity Malaria Consortium said the larvae-eating guppies have helped to reduce the presence of potentially dengue-carrying mosquitoes by 46 percent during the trial at a cost of a few cents per fish.

“The idea was to create a sustainable solution for the villagers, with minimal costs and inconvenience for them,” said John Hustedt, senior technical officer at Malaria Consortium Cambodia.

The Malaria Consortium hopes the Cambodian government will agree to roll out its guppy project across Cambodia, which reported almost 200,000 dengue cases between 1980 and 2008, one of the highest rates in Southeast Asia.

Dengue has spread to more than 100 countries from nine in 1960, according to the World Health Organization, and explosive outbreaks have become more common.

Experts say the increased movement of people and goods due to globalization as well as a rise in floods linked to climate change are likely to speed up the spread of dengue.

The economic cost is potentially huge, with the disease estimated to cost the Americas $2.1 billion annually, while Southeast Asian economies could lose almost $2.4 billion.

Yet global attention and funding to fight the disease have been limited, not least because mortality rates are much lower than from malaria and three quarters of those infected do not show signs, making it a “silent disease.”

“The approach to dengue is reactive — when there is an outbreak. We have to get more pro-active in controlling it before it becomes an even greater threat,” said James Tibenderana, Malalaria Consortium’s global technical director.

There is no dedicated treatment for the virus. Patients are generally asked to rest, drink plenty of fluids and take medication to bring down fever and reduce joint pains.

Simple tools such as testing blood from a finger prick to diagnose malaria are not available for dengue, and there is no routine testing for the disease if a malaria test is negative.

Clinical trials of a new vaccine have been promising, a recent study showed, but despite 70 years of effort, a vaccine with high efficacy remains elusive.