Snow covers sections of connected pipework at the Gazprom PJSC Atamanskaya compressor station, part of the Power Of Siberia gas pipeline extending to China, near Svobodny, in the Amur region, Russia, in 2019. Photo: Bloomberg

Two recent developments reveal the possibility of a new energy agreement between China and Russia. First, Russian gas giant Gazprom PJSC announced a contract to design the Soyuz Vostok pipeline across Mongolia towards China. Second, Beijing is reported to be discussing with its state-owned companies opportunities to buy stakes in Russian energy companies, and is also looking at a Power of Siberia 2 pipeline to China.

With the exit of international energy companies from Russia following its invasion of Ukraine, Germany’s decision to halt the certification process of the Kremlin-backed Nord Stream 2 pipeline, and rounds of sanctions on Russia, there are certainly new opportunities for the Chinese government and companies to strengthen their position in the Russian market.

However, even as domestic, regional and global factors may push China towards a new energy deal with Russia, Beijing could also face a range of challenges.

Firstly, Beijing’s ambition to be carbon-neutral by 2060 and replace much coal with gas is one of the most important domestic factors prompting China to further improve its relations with Russia.

Russian gas exports – whether liquefied natural gas or pipeline gas delivered through the original Power of Siberia, for example – would help China reduce greenhouse gas emissions as the country makes a green transition.

Secondly, the withdrawal of Western energy companies such as BP and Shell from Russia due to the Ukraine war creates opportunities for Chinese energy companies, especially state-owned ones, to invest in Russia and diversify their portfolio.

Thirdly, while China also imports gas from Turkmenistan, Russian gas is one of the cheapest options for Chinese consumers, making a new energy deal with Russia that much more attractive.

However, there could also be obstacles to such a deal. One problem could be the political and economic uncertainties now looming over Russia; the deterioration of the Russian business environment under current sanctions might discourage Chinese companies from investing in Russia.

Particularly, sanctions led by Washington seem to inspire caution in Beijing and Chinese companies. For example, the state-run Sinopec Group recently suspended talks about a major petrochemical investment and a gas marketing venture in Russia, apparently heeding a government call to tread carefully with Russian assets.

END_OF_DOCUMENT_TOKEN_TO_BE_REPLACED

Europe’s energy ambitions are clear: to shift to a low-carbon future by remaking its power generating and distribution systems. But the present situation is an expensive mess. A global supply crunch for natural gas, bottlenecks for renewable energy and wind speeds in the North Sea among the slowest in 20 years, idling turbines, have contributed to soaring electricity prices. As winter approaches, governments are preparing to intervene if needed in volatile energy markets to keep homes warm and factories running.

Energy prices skyrocketed as economies emerge from the pandemic — boosting demand just as supplies are falling short. Coal plants have been shuttered, gas stockpiles are low and the continent’s increasing reliance on renewable sources of energy is exposing its vulnerability. Even with mild weather in September, gas and electricity prices were breaking records across the continent and in the U.K. Italy’s Ecological Transition Minister Roberto Cingolani said he expected power prices to increase by 40% in the third quarter. In the U.K., CF Industries Holdings Inc., a major fertilizer producer, shut two plants, and Norwegian ammonia manufacturer Yara International ASA curbed its European production because of high fuel costs, as the crunch started to hit industrial companies.

END_OF_DOCUMENT_TOKEN_TO_BE_REPLACED 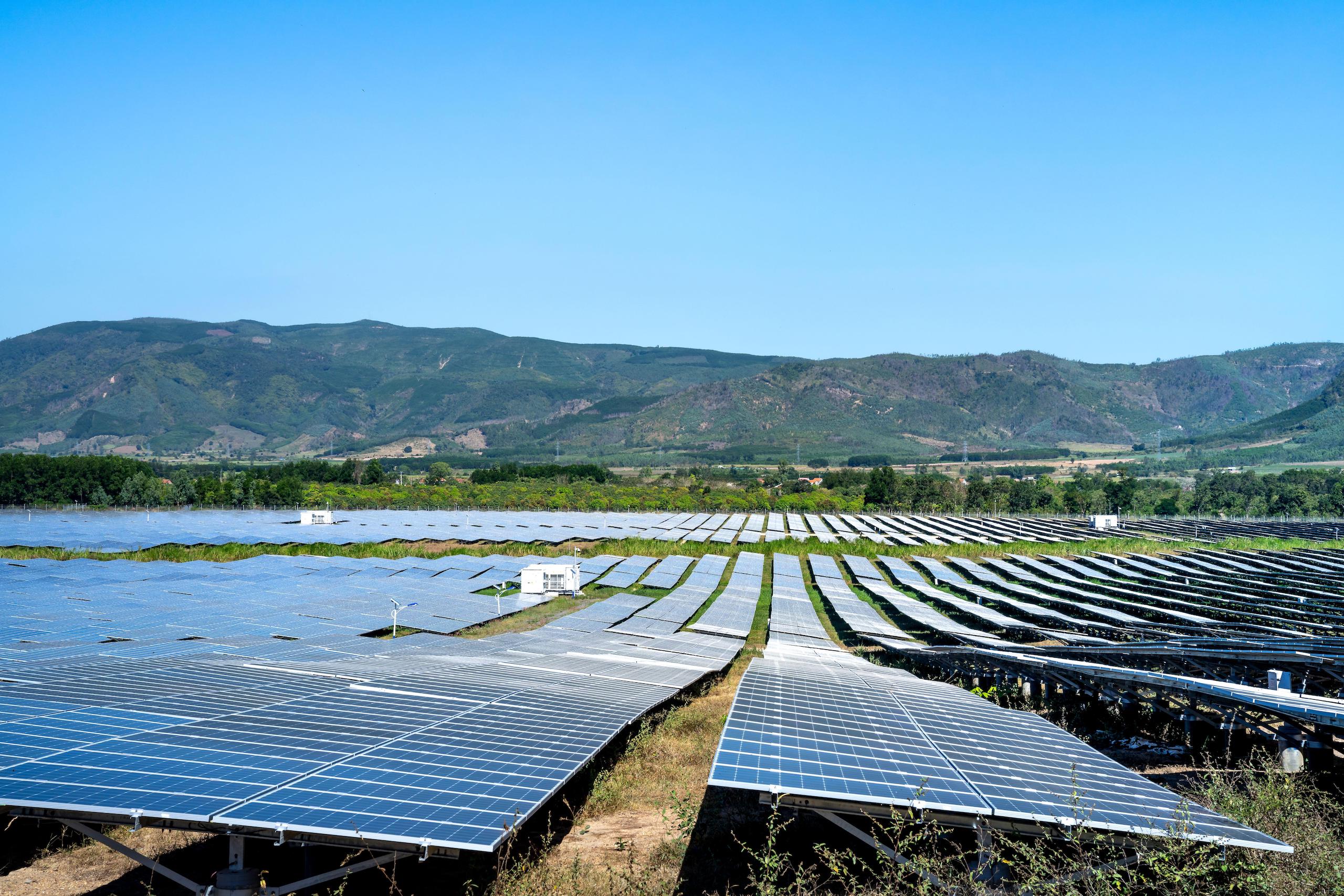 END_OF_DOCUMENT_TOKEN_TO_BE_REPLACED

English: Liberalisation of the European electricity markets: a glass half full

Its original purpose was to enable factory processes, but now an ever-larger part of the world’s hottest regions is adopting it

Air conditioning was devised not for comfort but for industry, specifically to control temperature and humidity in a color printing factory in Brooklyn. The process required feeding paper into the presses a number of times, once for each of the component colors, and the slightest misalignment caused by changes in humidity produced defective copies that had to be thrown away. END_OF_DOCUMENT_TOKEN_TO_BE_REPLACED

END_OF_DOCUMENT_TOKEN_TO_BE_REPLACED

The Lancang-Mekong River is being decimated by hundreds of tributary and mainstream hydroelectric projects from the Tibetan Plateau in China to Lower Sesan in Cambodia. On the Mekong, the Laos Government has constructed the majority of these projects and it is planning even more. But why does it only focus on hydroelectric power plants (HPP’s)? What about other renewable energy sources? Can Nam Ngum solar replace Mekong hydro?

This issue brief—the third in Stimson’s “Letters from the Mekong” series — continues to challenge the prevailing narrative that the current rapid pace of dam construction on the Mekong River in mainland Southeast Asia will continue until the entire river is turned into a series of reservoirs. Certainly, the construction of even a few large dams will severely impact food security in the world’s most productive freshwater fishery and sharply reduce the delivery of nutrient-rich sediment needed to sustain agriculture, especially in Cambodia and Vietnam’s Mekong Delta. However, our team’s extensive research over a number of years, including site visits and meetings with regional policymakers, provides compelling evidence that not all of the planned dams will be built due to rising political and financial risks, including questions about the validity of current supply and demand projections in the greater Mekong region. As a consequence, we have concluded that it is not yet too late for the adoption of a new approach that optimizes the inescapable “nexus” tradeoffs among energy, export revenues, food security, and fresh water and protects the core ecology of the river system for the benefit of future generations.

In particular, through a continued examination of rising risks and local and regional responses to those risks, we believe that Laos and Cambodia will fall far short of current plans for more than 100 dams on the Mekong mainstream and tributaries. This reality will have particular implications for Laos, which seeks to become the “Battery of Southeast Asia” by setting the export of hydropower to regional markets as its top economic development priority.

In the case of Laos in particular, the reluctant recognition that its dream of damming the Mekong are in jeopardy may cause a reconsideration of its development policy options. Fewer Lao dams will mean that national revenue targets will not be met. Already the government has begun to make overtures for US and other donor assistance in managing the optimization of its hydropower resources. This is not surprising since Lao decision makers depend almost entirely on outside developers to build out its planned portfolio of dams under commercial build-own-operate-transfer (BOOT) concessions for export to neighboring countries. All of these dams are being constructed in a one-off, project-byproject manner with no prior input from the intergovernmental Mekong River Commission (MRC) or neighboring countries, and hence there is little practical opportunity for synergistic planning that could optimize the benefits of water usage on a basin-wide scale.

Because planners cannot see past the next project, it is impossible to determine to what extent the targets for the final power output of either Laos or the basin as a whole are achievable. Further, critical red lines of risk tolerance, particularly toward the environmental and social risks that impede dam construction, are unidentifiable because the government has little stake invested in the projects and derives few resources from the BOOT process to mitigate risk.

By 2020 roughly 30% of the Mekong basin’s power potential in Laos will be tapped by existing dams and those currently under construction. Beyond 2020 the prospect for completing the remaining 70 plus dams planned or under study by the Lao Ministry of Energy and Mines is unknowable. As Lao officials begin to realize they will not necessarily meet their development goals, there will still be time to transition to a basin-wide, strategic energy plan that meets projected revenue goals while minimizing impacts on key environmental flows through a combination of fewer dams and other non-hydropower sources of clean energy generation.