END_OF_DOCUMENT_TOKEN_TO_BE_REPLACED

TĐH: Woody Island, also called Yongxing Island (simplified Chinese: 永兴岛; traditional Chinese: 永興島; pinyin: Yǒngxīng Dǎo; lit.: ‘Eternal Prosperity Island’) in People’s Republic of China (PRC) and Phu Lam Island (Vietnamese: Đảo Phú Lâm) in Vietnam, is the largest of the Paracel Islands in the South China Sea (SCS), with an area of 2.1 square kilometres (0.81 sq mi). Wooddy Island and the rest of Paracels were taken by China’s intrusion forces from The Republic of Vietnam (Việt Nam Cộng Hòa) in the Paracel Battle of Jan. 1974. War of Aggression to take a disputed territory is a violation of the Charter of the United Nations, and cannot constitute a legitimate an legal possession of the territory. See China’s Three Wars of Aggression against the Vietnamese People)

The island has been under the control of the People’s Republic of China since 1956. It is administered by Sansha, a town located on the island.

On August 26, the U.S. Department of Commerce’s Bureau of Industry and Security added 24 Chinese companies to the Entity List for their activities in the South China Sea. The bureau targeted these entities specifically for “their role in helping the Chinese military construct and militarize the internationally condemned artificial islands in the South China Sea.” On the same day, the U.S. Department of State announced visa restrictions on Chinese individuals involved in reclamation, construction, militarization, and coercion in the South China Sea. While these measures come far too late to halt China’s island building campaign in the Spratly Islands, Washington’s latest steps illuminate the influence of companies in these disputes. Corporate activity, particularly the corporate activity associated with Sansha City, supports China’s efforts to exercise administrative control over the South China Sea.

Hang made the statement regarding reports that China has more than 400 enterprises at the so-called Sansha city, at a regular press conference of the Foreign Ministry.

“Vietnam has firmly stated many times that it has full historical evidence and legal ground to attest to its sovereignty over the Truong Sa (Spratly) and Hoang Sa archipelagos,” the spokesperson said, underlining Vietnam’s consistent stance on protesting against the establishment of the so-called Sansha city and related activities.

Such activities are neither valid nor recognised, and at the same time they do not benefit the friendship among nations while causing more complications to the situation in the East Sea, the region and the world as a whole, according to Hang.

Commenting on the US Presidential election 2020, Hang noted that Vietnam, as a partner of the US, has always closely followed the situation in the US.

“The Vietnam-US comprehensive partnership has made very positive developments in recent years, and Vietnam wants to work together with the US to continue promoting the bilateral ties in the interest of people of the two countries, thus contributing to peace, stability, cooperation and development in the region and the world,” the spokesperson said.

Also at the press conference, the spokesperson took the occasion to extend thanks to international friends, partners, individuals and organisations for their sympathies to Vietnamese people who have been affected by floods and storms recently./.VNA

Da Nang, Vietnam (CNN)”The Paracel Islands!” the teacher shouts.”Belong to Vietnam!” call back about 30 schoolchildren, even louder. Their chant echoes through the three-story Paracel Islands Museum in Da Nang, which officials say cost the Vietnamese government $1.8 million to build.Since opening in 2018, about half of its 40,000 visitors have been schoolchildren, who can explore exhibits, including documents, maps and photographs, all curated to hammer home one point.The Paracel Islands belong to Vietnam. Not to China.Named by 16th century Portuguese mapmakers, the Paracels are a collection of 130 small coral islands and reefs in the northwestern part of the South China Sea. They support abundant marine life. But more than being just a rich fishing ground, there is speculation the islands could harbor potential energy reserves.They have no indigenous population to speak of, only Chinese military garrisons amounting to 1,400 people, according to the CIA Factbook.But there is no certainty on who really owns them. Ask one expert and the answer will be Vietnam has the strongest claim. Ask another and the reply will be China.What is unmistakeable is that the Paracels have been in Chinese hands for 45 years.As Beijing increasingly claims almost all of the South China Sea as its territory, and seeks to be the supreme influence on resources and access in this region and beyond, Hanoi is getting fed up. 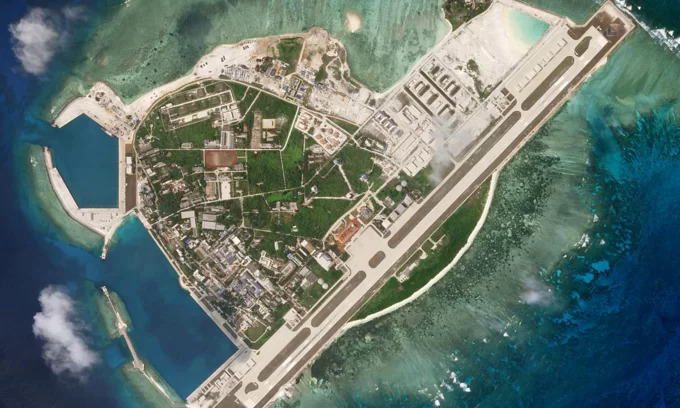 The Maritime Safety Administration of China’s Hainan Province has announced plans to hold military exercises near Vietnam’s Paracel Islands from Wednesday to Sunday.

It said on its website that no vessel is allowed to enter the area in the South China Sea, which Vietnam calls the East Sea, when the drills are underway.

END_OF_DOCUMENT_TOKEN_TO_BE_REPLACED

Foreign Ministry Spokeswoman Lê Thị Thu Hằng made the statement on Thursday at a press conference.

She reiterated: “Việt Nam has sufficient legal foundation and historical evidence testifying to its sovereignty over Hoàng Sa and Trường Sa archipelagoes in accordance with international law.” END_OF_DOCUMENT_TOKEN_TO_BE_REPLACED Territorial and maritime disputes among Taiwan, China and several Southeast Asian countries are roiling the South China Sea region, with little prospect of resolution anytime soon. However, the current uneasy status quo may be tenable, so long as the parties embrace serious confidence-building measures through multilateral forums while maintaining effective deterrence vis-a-vis China and a commitment not to use offensive force.

OSAKA – Territorial and maritime disputes among China, Taiwan, and several Southeast Asian countries are roiling the South China Sea region, with little prospect of resolution anytime soon. But the current uneasy status quo may be tenable, so long as the parties embrace serious confidence-building measures through multilateral forums while maintaining effective deterrence vis-à-vis China and a commitment not to use offensive force. END_OF_DOCUMENT_TOKEN_TO_BE_REPLACED

BEIJING (Reuters) – A U.S. guided-missile destroyer sailed near disputed islands in the South China Sea in what China called a “provocation” as U.S. officials joined talks in Beijing during a truce in a bitter trade war. 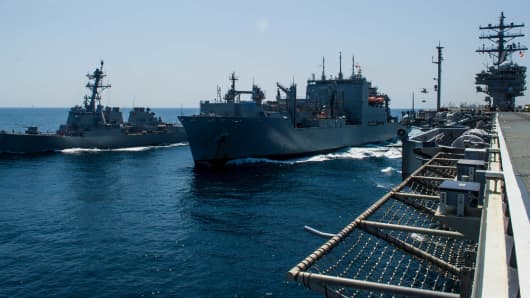 The operation was not about any one country or to make a political statement, McMarr said.

The statement came as trade talks between China and the United States were under way in Beijing, the first round of face-to-face discussions since both sides agreed to a 90-day truce in a trade war that has roiled international markets.

“We urge the United States to immediately cease this kind of provocation,” he said, adding that China had sent military ships and aircraft to identify and warn off the ship. END_OF_DOCUMENT_TOKEN_TO_BE_REPLACED

The operation was the latest attempt to counter what Washington sees as Beijing’s efforts to limit freedom of navigation in the strategic waters. END_OF_DOCUMENT_TOKEN_TO_BE_REPLACED 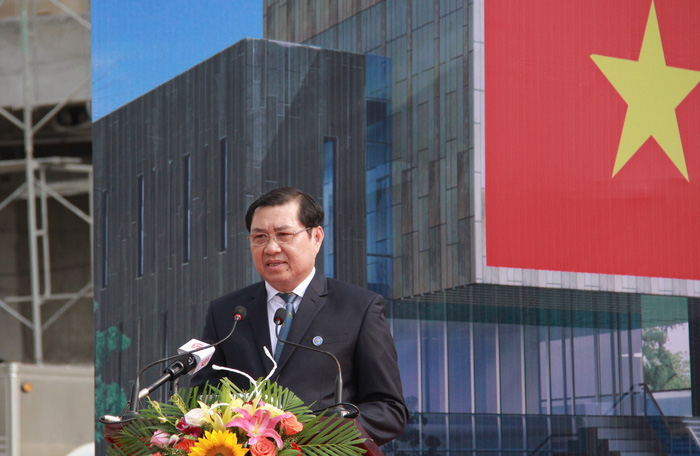