END_OF_DOCUMENT_TOKEN_TO_BE_REPLACED

Europe’s energy independence from Russia, including in its financial aspects, will be a key topic of discussion at a two-day summit in Versailles hosted by the French EU presidency. [France Diplomatie – MEAE]

European Union leaders will tackle ways to wean themselves off Russian fossil fuels on Thursday (10 March) and debate how quickly to ditch their key supplier, with countries split over whether to sanction oil and gas imports as Moscow wages war in Ukraine.

END_OF_DOCUMENT_TOKEN_TO_BE_REPLACED 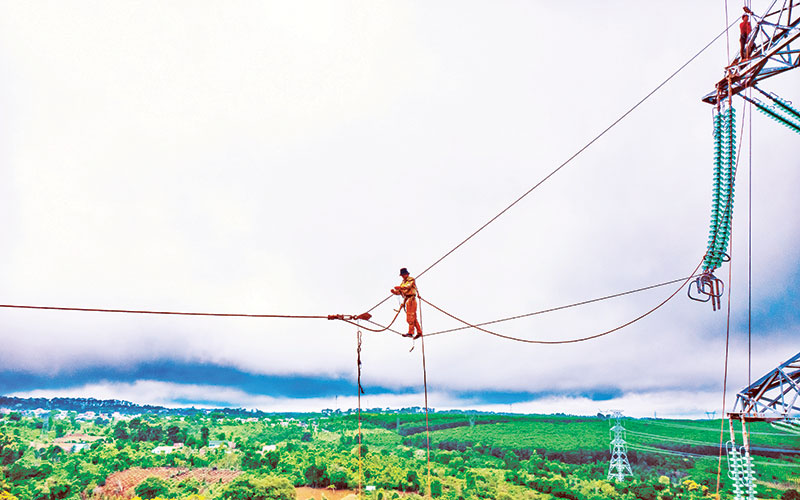 END_OF_DOCUMENT_TOKEN_TO_BE_REPLACED

European power markets have entered a period of unprecedented change. Power prices have touched new highs: baseload week-ahead prices have risen above €200 per megawatt-hour (MWh)1 in a number of European countries—about four times the average historical level. That increase has been prompted largely by a surge in natural-gas and carbon prices, which currently exceed €100 per MWh2 and €60 per metric ton, respectively. This development has affected the cost of power produced by natural-gas power plants, which broadly set prices in European markets.

At the same time, price volatility is reaching new heights as a result of the uncertain output of renewable assets and a tight supply-and-demand balance in the European power system. Navigating this next normal will be a key challenge for utilities, traders, and large power consumers, and that highlights the importance of developing resilient power-asset portfolios and managing risk.

In this article, we explore five trends that will shape the European power sector in the decade to come and offer some perspectives on how utilities and large consumers might respond.

What’s ahead for the European power sector?

END_OF_DOCUMENT_TOKEN_TO_BE_REPLACED

While the episode of negative WTI price is still being actively debated, its proper root cause is yet to be determined. This Comment contributes to the discussion and studies the event by modifying the theory of storage for an oil market with rigid operational infrastructure, where short-term supply and demand are price inelastic. We found that such pricing anomaly can be well characterized by a simple concept borrowed from the physics of extreme events.

The future prices are modelled as a financial derivative of the storage capacity. During normal market conditions, the spread between nearby futures contract is mostly determined by the carry trade and the cost of storage. However, if either inventory or the storage capacity is no longer available, the carry trade breaks down as the futures trader is unable to make or take the delivery of physical barrels. These events are akin to defaults in financial markets and prices leading to them are characterized by the financial squeeze.

We calibrate the model to inventory data at Cushing, Oklahoma and conclude that only a small fraction of the abnormal price move could be attributed to constraints on the storage capacity. The rest of the move was caused by the financial squeeze on long futures positions held against over-the-counter products. We detail the behavior of main market participants that led to negative prices. The Comment also points to several shortcomings of the recent CFTC report on this topic and suggests additional areas where a more granular look at the data could be helpful.

This comment looks at the announcement by the Danish government on 4 December to cancel the 8th offshore licensing round and all future rounds and to phase out all production of oil and gas by 2050. It describes the industry and political background to the announcement, including the ambitious legal target of a 70% reduction in GHG emissions by 2030 and climate neutrality by 2050, and the most recent official projections of offshore production. It concludes that it will shape operators’ investment and management of mature fields but its impact on Danish emissions and upstream production in 2030 and 2050 is likely to be much more modest than at first appears. However, if the reform galvanises the Danish authorities and investors to commit resources to the development of offshore CO2 storage in the period 2025-30, it may contribute significantly to Denmark’s climate objectives.

Researchers in the UK have analyzed 25 years of electricity-production and carbon emissions data from 123 countries. Their findings show renewables are considerably more effective than nuclear in reducing carbon emissions from energy generation and that the two technologies tend to get in each other’s way when considered in a joint approach. OCTOBER 5, 2020 MARK HUTCHINS

Renewables offer a surer course to low carbon energy than nuclear, according to a new study.

A study led by the University of Sussex (UoS), in the U.K., has found renewables up to seven times more effective at reducing carbon emissions than nuclear power. The paper concluded nuclear could no longer be considered an effective low carbon energy technology, and suggests that countries aiming to rapidly and cost-effectively reduce their energy emissions should prioritize renewables.

END_OF_DOCUMENT_TOKEN_TO_BE_REPLACED

Dealing with climate change should be a no-brainer, right? To paraphrase Greta Thunberg, the science is done and only denial, ignorance and inaction remain. Or is that really all?
END_OF_DOCUMENT_TOKEN_TO_BE_REPLACED