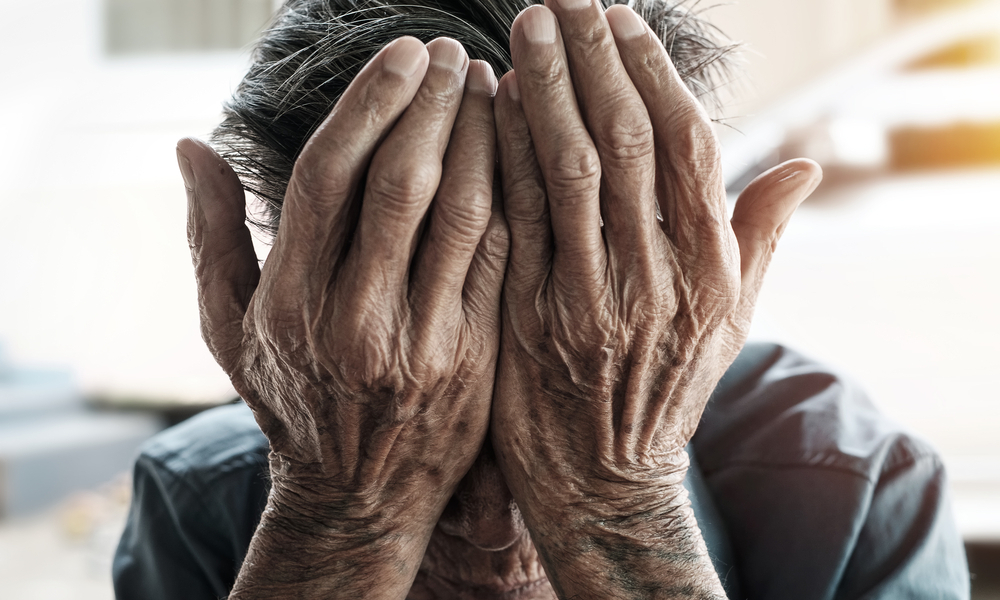 A reason for the mistreatment of senior citizens is the lack of knowledge and skills related to elderly care. Photo by Shutterstock/mrmohock.

Issues of dependency and lack of support leave many elderly citizens exposed to mistreatment by those charged with their care.

At 88, Vo Thi Dung, from southern Tien Giang Province, can no longer walk unassisted and suffers from dementia. Bed-ridden, she is being beaten and slapped by her 57-year-old daughter-in-law.

Several steps away, her son, 56, eventually joins in the violence.

In February, a two-minute video of the incident triggered widespread community backlash after it was posted on social networks in Vietnam.

It is one among dozens of uncovered cases involving the negligence, physical, emotional or psychological abuse of the elderly in Vietnam over the past few years.

Though netizens quickly jumped in to express their anger and resentment at those mistreating their parents, many elderly remain on the fringes of society.

According to a recent survey conducted among 600 seniors across three communes in the central provinces of Phu Yen and Quang Tri, alongside Dak Lak Province in the Central Highlands, 3 percent of seniors said their children beat them, 8.3 percent were threatened to be locked up, and 15 percent were abandoned.

A total 33.4 percent maintained they were criticized and scolded often, said the survey conducted by the Institute for Family and Gender Studies (IFGS)

A report by the Ministry of Culture, Sports and Tourism in 2013 revealed only 11.6 percent of seniors reported having experienced abuse from their offspring.

No country for old men

According to General Office for Population and Family Planning under the Ministry of Health, the number of people over 60 in Vietnam made up some 11.95 percent of the country’s population in 2017, equaling 11 million.

It is forecast by 2029, Vietnam would have some 16.5 million elderly citizens, accounting for 17 percent of the entire population. But up to 70 percent live without pensions, the office said.

They may face multiple challenges and depend on their children when it comes to care-giving, leading to issues of dependency and personal indebtedness, one of the most popular reasons causing mistreatment amid a rapidly aging population.

Culture also plays an important part in elderly abuse. It is widely believed Vietnamese invest all of their money in their children’s education and future, so in their old age, they could return the favor.

Yelling, beatings, abandonment, etc. are being increasingly brought to light on social media, like the cases in Tien Giang and Ca Mau provinces.

Another reason for the mistreatment of senior citizens is the lack of knowledge and skills related to elderly care.

Former Deputy Minister of Health Pham Le Tuan said about 72.3 percent of senior Vietnamese are living with their offspring, but caregivers still lack knowledge and there should be a strategy to improve their understanding.

In the last few years, many urbanites have employed helpers and caregivers to care for their parents, without the necessary training and experience.

This could lead to cases in which the elderly are mistreated by their own caregivers, such as a case in southern Soc Trang Province in 2018, where a caregiver beat and threw a 90-year-old woman onto a bed; or a video recording a caregiver, also a relative, slapping and pouring milk into an older woman’s mouth in northern Ninh Binh Province last year.

Even as these cases are uncovered, penalties are too slack to restrict mistreatment, according to Nguyen Thi Lan from the Vietnam National Committee on Aging, who added there are more cases of elderly abuse that go unreported and unaddressed.

Reporting or even admitting incidents of senior abuse is taboo in Vietnam as it is considered a private matter to be kept within the family, a United Nations Population Fund (UNFPA) report confirmed.

The Law on the Elderly stipulates sons, daughters and children support and care for their elderly fathers, mothers or grandparents, that mistreating them is illegal and those found doing so could be jailed for up to five years.

But the country has no hotline to protect seniors in case of emergency, neither programs preparing younger generations for old age.

“Vietnam, as well as other countries, where aging is a relatively new phenomenon, have not paid much attention to this aspect,” according to UNFPA.

Recently, the demands for nursing homes have increased as many Vietnamese work and live far away from their elderly relatives, according to To Duc, former deputy head of the Department of Social Assistance under the Ministry of Labour, Invalids and Social Affairs.

But the “nursing home system in Vietnam is very weak,” he said.

The country faces a shortage in the availability of nursing homes as the population ages, with government support and private-sector investment slow to emerge.

Meanwhile, those like Dung have little more than the Hobson’s choice of staying with their abusive offspring.