Two factors have combined to cushion the blow of Covid-19 on Vietnam’s economy, at least in comparison to other economies across Asia and the world. For one, the country was successful in containing the virus. In fact, reports highlight that the last report of community transmission of Covid-19 in Vietnam was two months ago.

Lockdown in Vietnam lasted only three weeks, and the country has been among the first to open for business. The second conducive factor is the state of Vietnam’s consumer market. Vietnam has been a bright spot in Asia from an economic growth perspective for a number of years now. A growing middle class with money to spend has led to a boom in the country’s consumer market, to the extent that domestic spending accounts for nearly 70% of Vietnam’s GDP. 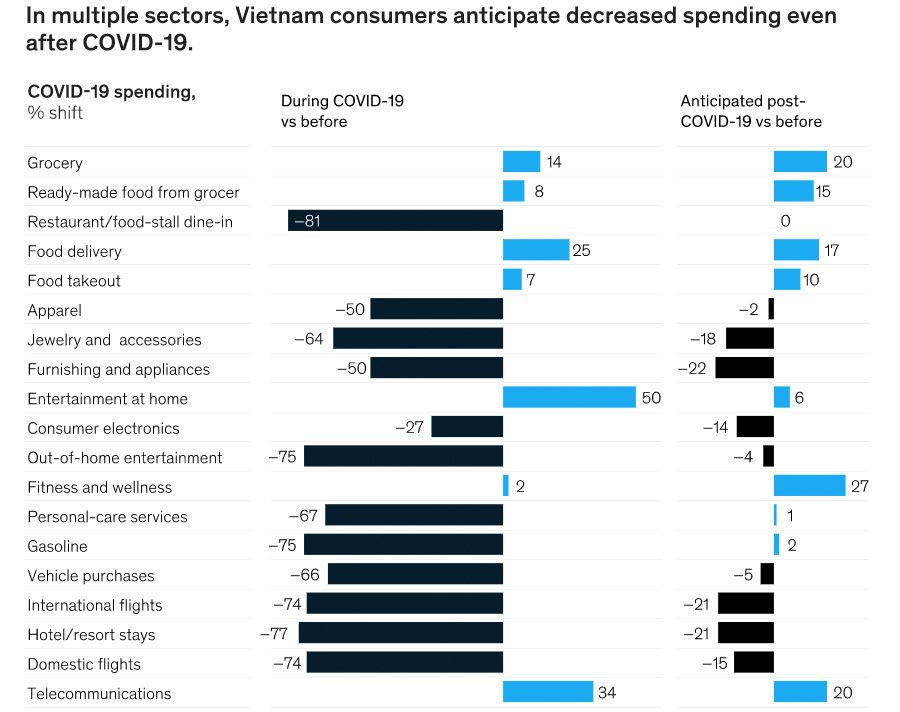 No doubt, the spread of the pandemic and the lockdown caused consumer spending to falter. Back in April, more than half of Vietnamese consumers had reported a dip in spending, according to a McKinsey & Company report. GDP growth dipped to a decade-low in this quarter. However, the biggest cuts came in the discretionary spending segment, which fortunately accounts for just over a quarter of the GDP.

More than 40% of Vietnam’s GDP, meanwhile, is driven by spending on necessities, which has remained robust throughout the crisis and is expected to remain steady in its wake. “So a significant slice of the country’s economy could be relatively well insulated,” wrote Bruce Delteil, co-author of the report and partner at McKinsey’s Hanoi office.

Both these factors mean that steadying the ship is relatively less of a challenge for Vietnam. The problem is that the country’s steep growth trajectory is also reliant on trade and tourism, which means that a true restart is not possible until the dust has settled across the world. 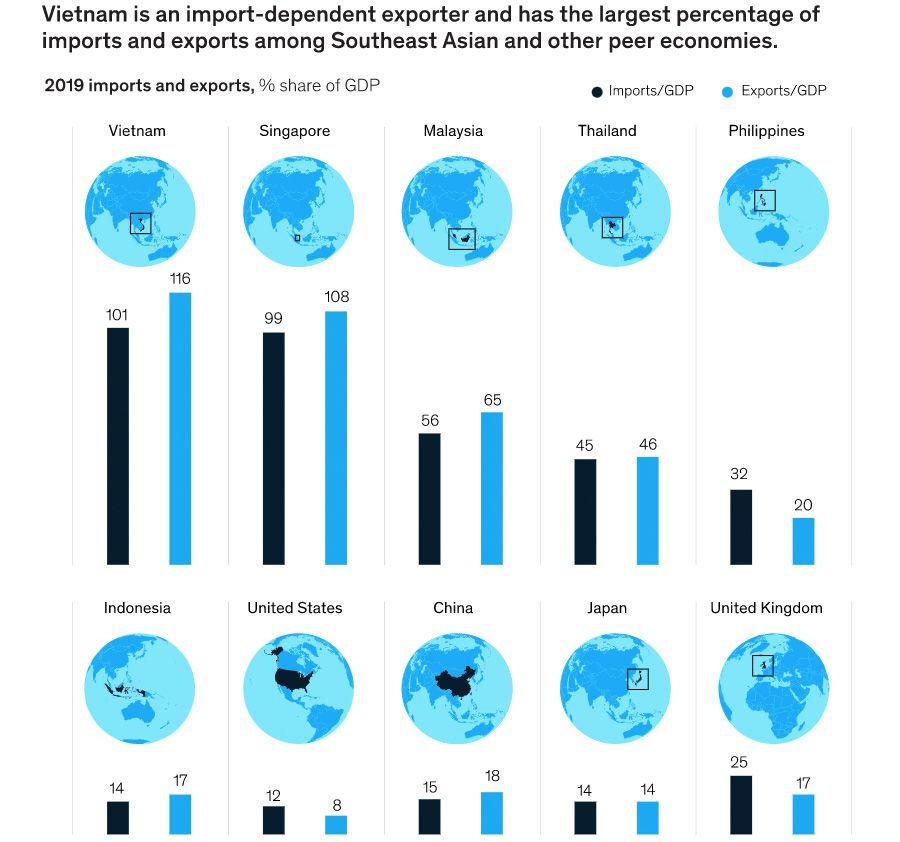 Vietnam’s growth in recent years has been fueled by manufacturing, particularly in the labour-intensive segment. Manufacturing in Vietnam has attracted significant foreign direct investment (FDI) in recent years, while its trade-to-GDP ratio is the highest in Southeast Asia, and higher than the US, China, Japan and the UK.

This is where Vietnam has felt the brunt of the crisis, according to McKinsey. Supply chains across the globe were thrown off balance by the lockdown, and Vietnam’s export numbers were affected by closures in China and other key markets. The result: a 21% dip in FDI for Vietnam in the first three months this year, as international players put their plans on hold to wait out the crisis.

Only when international trade picks up can Vietnam resume its pre-crisis growth rates. However, as pointed out by Mckinsey, certain factors have combined to keep Vietnam’s economy stable throughout the crisis. While GDP growth dipped, it still leveled at nearly 4% for the first quarter, which is still promising under the crisis. 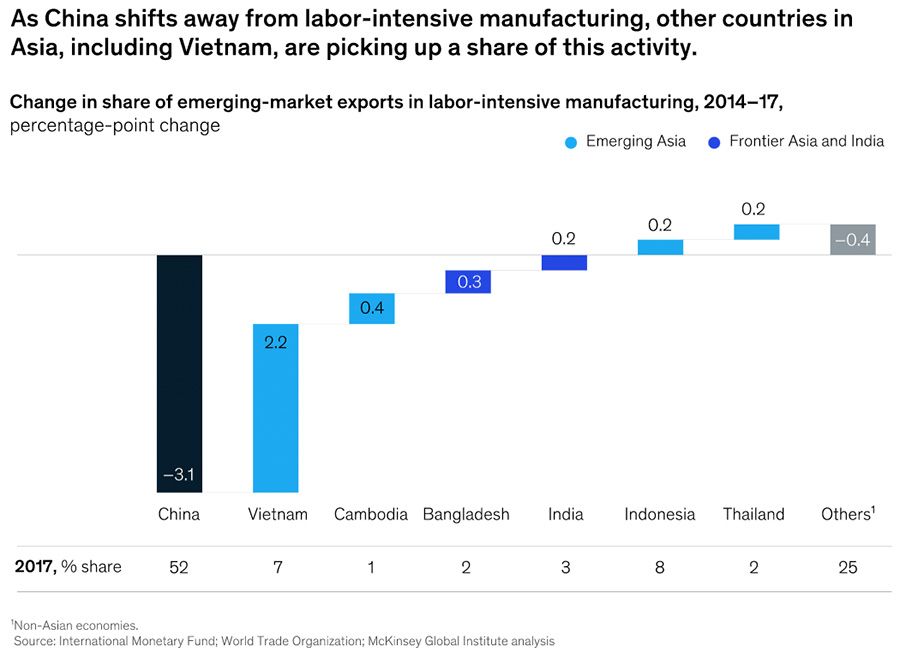 Add to this the fact that Vietnam’s trade market will be better situated than before once the global economy opens up. China was already moving away from labour-intensive manufacturing before the crisis, driving global economies to seek other substitute markets. The crisis and its impact on Chinese supply chains has accelerated this shift away from China to some extent.

With its robust manufacturing industry, Vietnam has been reaping most of the benefits from this shift, according to Delteil. Post the crisis, the market is likely to pick up a significant share of the trade gap left by China, which spells even stronger growth figures for Vietnam. A more open economy will also rejuvenate tourism revenues for the country, although this depends on consumer attitudes towards travel and how they progress.

For now, the country must wait out the crisis. Forecasts suggest that most economies should be up and running by the end of this year, while a degree of momentum should accumulate by the middle of 2021. Provided that there is no second wave of infections, Vietnam could be up and running by this period. In fact, the Asian Development Bank, the World Bank and the International Monetary Fund all predict that Vietnam could reach a GDP growth rate of up to 7% by next year.