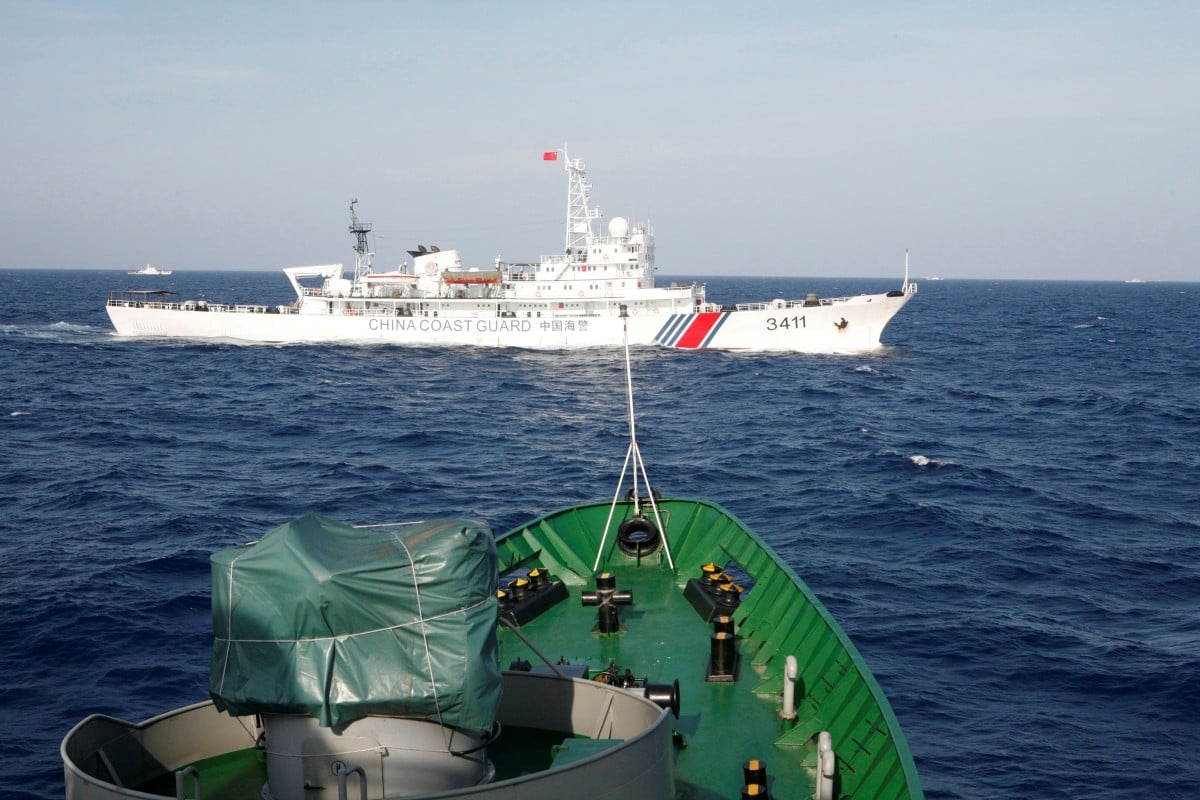 China and Vietnam said that they would continue to look for ways to peacefully resolve their conflict over the South China Sea at the end of a three-day meeting to discuss border issues.

A statement from the Chinese foreign ministry on Friday said the vice-ministerial level talks had discussed border cooperation on land and, more sensitively, maritime issues.

The two sides had agreed to “further step up dialogue and consultations to properly manage disputes” in the South China Sea while pushing forward cooperation in areas such as maritime search and rescue, scientific research, environmental protection and law enforcement.

The Vietnamese foreign ministry meanwhile said that the two sides had agreed to “resolve conflicts in an appropriate and peaceful manner” but officials from both countries stopped short of saying that the tension has ended, according to VnExpress, a Vietnamese news portal.

“The two sides agreed to maintain mechanisms to discuss sea-related issues and to cooperate with each other in organising activities to celebrate the 70th anniversary of bilateral diplomatic relations next year,” the Vietnamese statement said.

The visit by Trung came as tensions between Beijing and Hanoi started to ease after a months-long stand-off between coastguard vessels near the resource-rich Vanguard Bank after the Chinese survey ship Haiyang Dizhi 8 made multiple passes near an oil exploration block operated by Russian oil company Rosneft.

While the Chinese ship left the waters late last month, the latest stand-off has drawn attention to oil exploration in the disputed waters.

Vietnam – which is currently the most vocal critic of Chinese claims in the strategic waterway – has also raised the prospect that it will follow the Philippines in filing a complaint with the Permanent Court of Arbitration at The Hague over China’s claims.

Trung said earlier this month that Vietnam was contemplating a series of legal measures, but was focusing on diplomatic measures first. Zhang Mingliang, an associate professor specialising in South China Sea studies at Jinan University in Guangzhou, said it was not the first time Hanoi had raised the prospect of taking China to court.

“Vietnam is good at using this strategy of threatening to use legal measures to put pressure on China in order to gain a favourable position,” Zhang said, “[International] laws and legal actions are more advantageous to Vietnam, but taking [this step] would carry a high political cost.”

The court in The Hague ruled in favour of the Philippines in 2016, but China angrily rejected the decision and the current Philippine government has largely overlooked the matter as it pursues better relations with China.

Vietnam has also been working to strengthen its navy and build defence and diplomatic ties with other nations, notably the United States.

Earlier this month, US Defence Secretary Mark Esper said during a visit to Hanoi that the US would provide Vietnam with another coastguard cutter to help counter China, which he accused of “bullying” its neighbours, including Vietnam.

Washington has accused Beijing of militarising the South China Sea and trying to intimidate its Asian neighbours who might want to exploit the extensive oil and gas reserves in the region.

It has stepped up what it calls freedom of navigation operations in the region in recent years, counterbalancing China’s military build-up.

The latest operation took place last week, when the US navy deployed the littoral combat ship USS Gabrielle Giffords within 12 nautical miles (22km) of Mischief Reef in the Spratly chain and the next day sent the destroyer USS Wayne E Meyer past the Paracel Islands.

Zhang said that Beijing needs to improve relations with its neighbours.

“China is in a passive position now that it is being criticised,” Zhang said. “This can change if China can translate its military advantage into servicing the public good, bringing benefits to its neighbours.”

This article appeared in the South China Morning Post print edition as: Vow to ease tensions in South China Sea