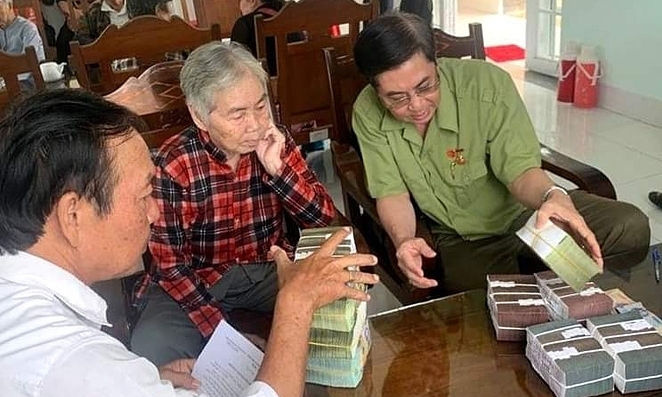 Two are dead. One of the remaining four is 95 years old as the state compensates six people for suffering wrongful imprisonment 41 years ago.

The six people were given a compensation of VND1 billion ($43,192) each on Monday, nearly a year after receiving a public apology from the People’s Procuracy of Tay Ninh, the public prosecuting agency in the southern province.

A court in HCMC sentenced 20 people to up to 24 years in jail on Tuesday for their involvement in the bombing of a police station in 2018.

Nguyen Khanh, residing in Dong Nai Province that borders HCMC, that mastermind in the bombing, will serve a 24-year prison sentence for terrorism and illegal manufacturing, possession and purchase of explosives.

The court also imposed a VND10 million ($429) fine per each of 20 defendants, who will have to enter local confinement for three to five years after their release.

According to the panel, Khanh was upset over a local land dispute and enticed by 68-year-old Ngo Van Hoang Hung in Canada to join Trieu Dai Viet (Vietnam Dynasty), which opposes the Vietnamese government. Khanh was promised the position of the organization’s chief of Dong Nai Province upon the successful purchase of explosives and recruitment of additional organization members.

moneylaunderingbulletin.com – Vietnam is fertile ground for launderers. Weak oversight and regulation of the financial sector do not help, Michael Tatarski finds in Ho Chi Minh City.

According to the US State Department’s International Narcotics Control Strategy Report (INCSR) from March 2017 [1], Vietnam’s exposure to illegal financial activities will probably grow in the future as its economy continues to diversify and international trade increases.

The report states that “sources of illicit funds in Vietnam include public corruption, fraud, gambling, prostitution, counterfeiting of goods, and trafficking in persons, wildlife, and drugs”. Remittances sent to the country from overseas Vietnamese crime groups are a prominent source of illegal funds, particularly income from the shipment of narcotics and wildlife products.

END_OF_DOCUMENT_TOKEN_TO_BE_REPLACED

The incident, in which two small explosive devices were detonated, followed protests by thousands of people in several cities against government plans to lease new economic zones to foreign investors.

“This is a terrorist case against the people’s government,” Ho Chi Minh City police said in a statement on their official website. END_OF_DOCUMENT_TOKEN_TO_BE_REPLACED 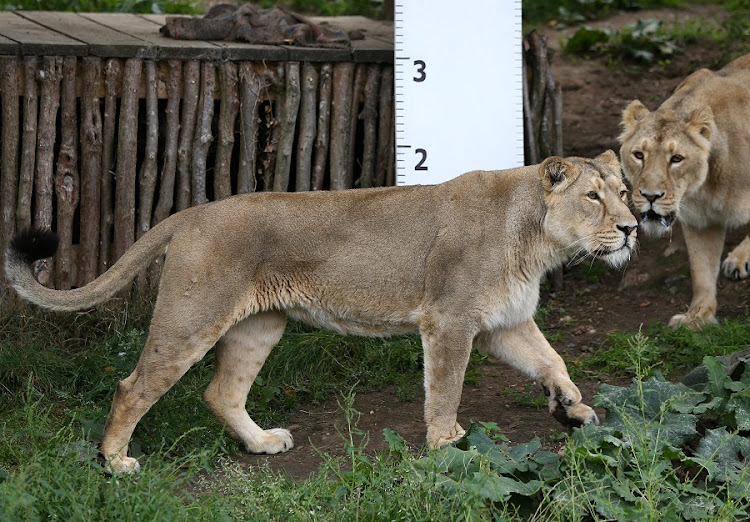 businesslive.co.za_Lions stand by a large ruler during photo-call for the annual weigh-in at London Zoo. File picture: REUTERS/NEIL HALL

More than 6‚000 lion skeletons have been exported from SA to Southeast Asia in the last decade. The bones come mainly from lions killed in canned hunting — animals bred in captivity and shot by paying hunters — according to research led by a University of the Witwatersrand (Wits) academic.

More than half the lion skeletons‚ skulls‚ claws and teeth exported by SA go to Laos‚ with the rest going to Vietnam and Thailand‚ says Vivienne Williams of Wits.
END_OF_DOCUMENT_TOKEN_TO_BE_REPLACED

SIRSA: Hundreds of troops on Saturday (Aug 26) laid siege to the headquarters of a sect led by a controversial Indian guru whose conviction for rape triggered deadly clashes that have killed at least 36 people.

Soldiers and riot police cordoned off the routes leading to the sprawling premises of guru Ram Rahim Singh spread over 1,000 acres (404 hectares) in Sirsa, a town in northern Haryana state. END_OF_DOCUMENT_TOKEN_TO_BE_REPLACED

VietNamNet Bridge – The People’s Court in Ha Noị has sentenced four men to death for illegally transporting 75 bricks of heroin.

According to indictment, on April 14, 2016, the drug prevention police under the Ministry of Public Security found Vy and Truong behaving suspiciously while driving a motorbike. The police asked them to stop and seized 30 bricks of heroin. END_OF_DOCUMENT_TOKEN_TO_BE_REPLACED

19.08.201719.08.2017 ~ Trần Đình Hoành ~ Bạn nghĩ gì về bài viết này?
A number of firearms were found at the many residences of a usury mogul who was apprehended by police in the southern city of Can Tho on Friday.The man, identified as 35-year-old Pham Huu Trong Nhan, had been running an extensive network of illegal loan giving at unfairly high rates of interest, according to officers.

The Can Tho citizen was taken in custody on charges of illegal stockpiling and transportation of military firearms. END_OF_DOCUMENT_TOKEN_TO_BE_REPLACED