A century ago, the colonial government was active in inoculating Vietnamese citizens against a variety of diseases.

While Vietnam’s recent massive COVID-19 vaccine efforts have proven a great success in reducing deaths and returning the country to some semblance of normalcy, it is hardly the first time a government here has stepped in to inoculate the population against dangerous contagions. About 100 years ago, the French managed a vigorous campaign to inoculate indigenous Vietnamese against a variety of diseases such as smallpox, cholera and tuberculosis as part of larger health and sanitation initiatives.

END_OF_DOCUMENT_TOKEN_TO_BE_REPLACED Inside a Vaccination Point in Vietnam Nearly 100 Years Ago“ →

For Vietnamese doctors, a punch in the face leaves emotional scars that can’t be healed 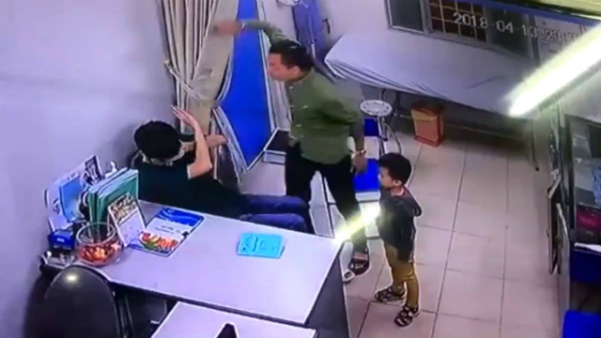 A doctor is seen protecting himself from a violent man at Saint Pall Hospital in Hanoi on April 13 in this still image from a camera footage.

Dr Tran Van Phuc was attacked by a patient’s relative 17 years ago, and the recent assault of a colleague has reopened the wound.

END_OF_DOCUMENT_TOKEN_TO_BE_REPLACED

Ordinary folk are sick and tired of their public hospitals

economist – WAS the tumour malignant? Nguyen Thi Hoat’s doctors could not tell because their public hospital lacks brain-scanners. Ms Hoat’s only option was to travel 130km (80 miles), on the back of her sister’s motorbike, from her village to a crowded public hospital in the capital. Yet her state insurance policy covers just 30% of any medical expenses incurred outside her home province. The $150 that Ms Hoat, a rice farmer, put towards blood tests and a brain scan is equal, for her, to a month’s earnings.

It is the job of the authorities to look after health care. The Communist Party of Vietnam first pledged health-sector reform as early as the 1920s, well before it declared the country independent in 1945. It developed a publicly financed health-care system even as it was fighting wars against France and then America. The provision of health care is supposed to be one of the pillars on which the party’s legitimacy is based.
END_OF_DOCUMENT_TOKEN_TO_BE_REPLACED