Our summers are already about 20% longer than they used to be, and if the climate crisis continues unabated then northern hemisphere summers could cover nearly half of the year by 2100, making them more than twice as long as they were in the 1950s. And unlike their counterparts of the 1950s, future summers will be more extreme, with heatwaves and wildfires more likely.

Researchers used historical climate data to measure how much the seasons have changed already. They defined summer as the onset of temperatures in the hottest 25% for that time period and winter as the onset of the coldest 25% of temperatures. Their results, published in Geophysical Research Letters, show that the average northern hemisphere summer has grown from 78 to 95 days between 1952 and 2011, while winter has shrunk from 76 to 73 days. Spring and autumn have contracted too.

END_OF_DOCUMENT_TOKEN_TO_BE_REPLACED

Earth’s global average surface temperature in 2020 tied with 2016 as the warmest year on record, according to an analysis by NASA.

Continuing the planet’s long-term warming trend, the year’s globally averaged temperature was 1.84 degrees Fahrenheit (1.02 degrees Celsius) warmer than the baseline 1951-1980 mean, according to scientists at NASA’s Goddard Institute for Space Studies (GISS) in New York. 2020 edged out 2016 by a very small amount, within the margin of error of the analysis, making the years effectively tied for the warmest year on record.
END_OF_DOCUMENT_TOKEN_TO_BE_REPLACED 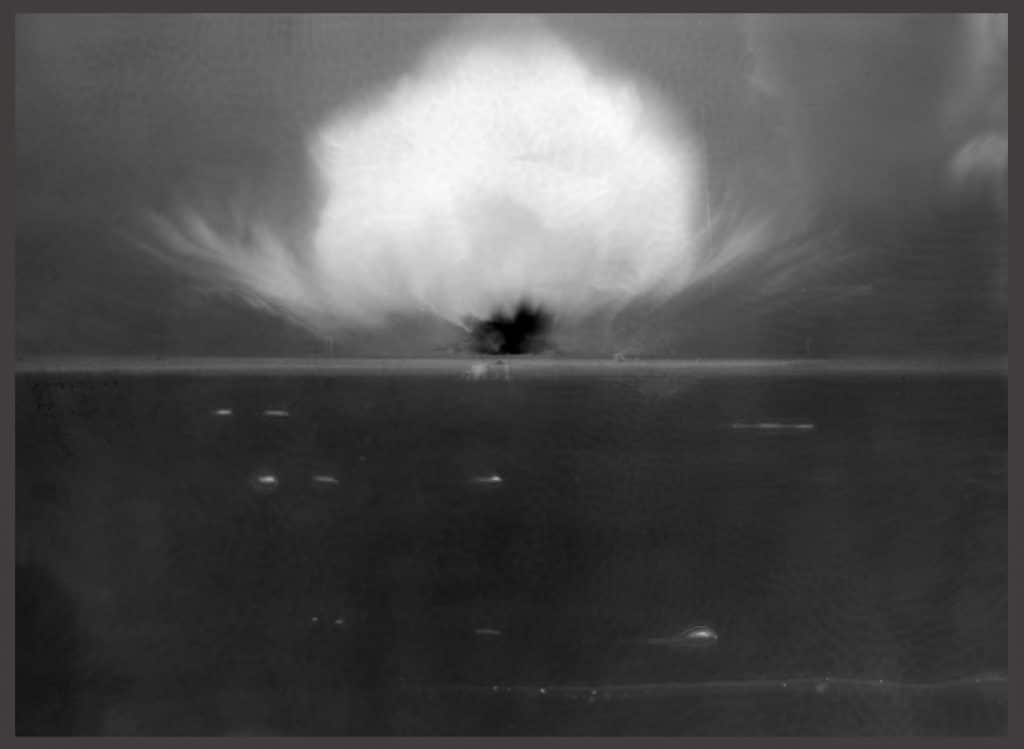 The heat absorbed in Earth’s oceans reached a new record in 2019, found a recent study published in the journal Advances in Atmospheric Sciences. Despite the fact that this has been the case for almost every year over the past decade, this information dominated the news cycle, with some particularly viral headlines noting that the amount of energy accumulating in the oceans is equivalent to detonating five Hiroshima atomic bombs per second, every second over the past 25 years.
END_OF_DOCUMENT_TOKEN_TO_BE_REPLACED 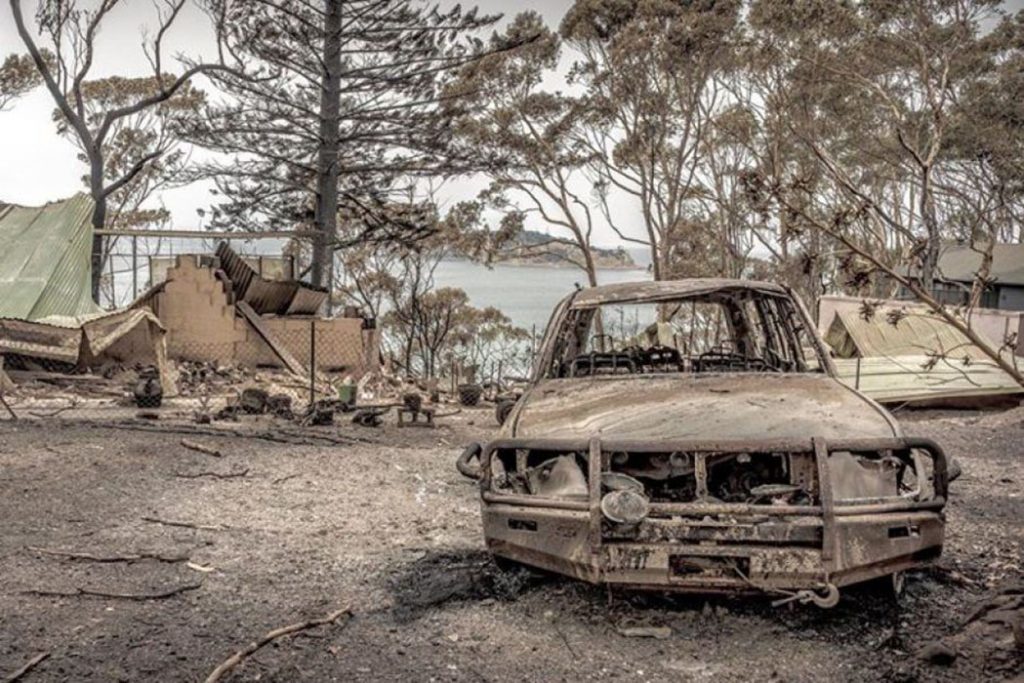 “We are unleashing hell on Australia.”

Those were the words that David Karoly of the University of Melbourne used to portray the wildfires ravaging the lands down-under more than a decade ago. Yes, you read that right: this professor of climate change and climate variability had described an Australia of increased heat, drought, and catastrophic fire way back in 2009—not long after a round of wildfires had previously ravaged the landscape.

It turns out that while Australia’s 2019-20 summer wildfires may well be harbingers of death on a hotter planet for at least the rest of this century, they did not come without advance warning. The question now is: What are we going to do about it?

But first, let’s go back to those warnings, and how we got to this position.

Karoly’s research had, in part, focused on what is known here as Black Saturday—February 7, 2009—when devastating fires killed 173 people. (And another 374 extreme-heat-related deaths were attributed to the record-breaking heatwave across southern Australia that had set the stage for the flames.) Firefighters faced unprecedented conditions: high winds, very low humidity, a land dried by 10 years of drought, and a fire index reaching 170 on a 0-to-100 scale. The temperature hit a record 115.5 degrees Fahrenheit in the city of Melbourne and 119.8 degrees Fahrenheit in Victoria as a whole—the Australian state in which Melbourne sits. The amount of energy released by the fires was estimated to be the equivalent of around 1,500 Hiroshima atomic bombs.
END_OF_DOCUMENT_TOKEN_TO_BE_REPLACED

After a record-breaking heat wave in Europe and the Arctic, last month edged out July 2016

In what may be the week’s most unsurprising news, scientists have officially announced that this past July was the hottest month ever recorded on Earth.

According to data released yesterday by the Copernicus Climate Change Service, a program of the European Centre for Medium-Range Weather Forecasts, last month edged out July 2016, the previous record-holder, for the title. 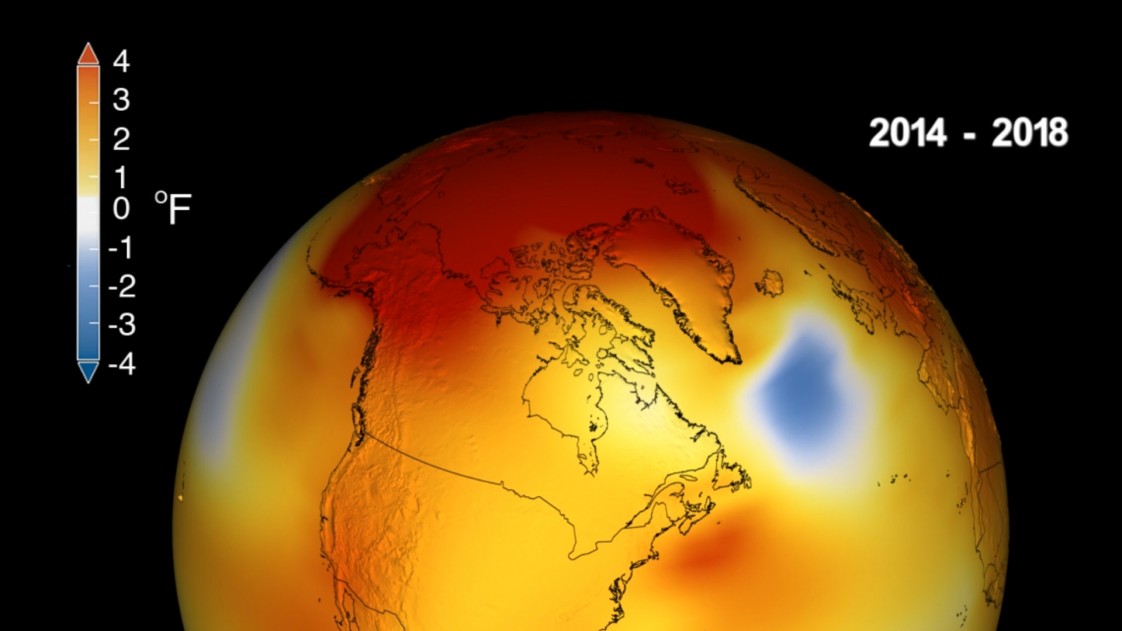 2018 was the fourth warmest year since records began in 1880, according to studies out today from NASA, the UK Met Office, and the US National Oceanic and Atmospheric Administration (NOAA).

Record-breaking: The NASA study found that Earth’s global surface temperature last year was 0.83 °C warmer than the 1951-1980 mean. That temperature was topped only in 2016, 2017, and 2015. The data shows that the last five years are collectively the warmest ever recorded, while 18 of the 19 hottest years have taken place since 2001. The NOAA study, which uses a different methodology, agreed.
END_OF_DOCUMENT_TOKEN_TO_BE_REPLACED

21.01.201821.01.2018 ~ Trần Đình Hoành ~ Bạn nghĩ gì về bài viết này?
Last year was the second or third warmest on record behind 2016, and the hottest without an extra dose of heat caused by an El Niño event in the Pacific Ocean, the United Nations said on Thursday.Average surface temperatures in 2017 were 1.1 degree Celsius (2.0 Fahrenheit) above pre-industrial times, creeping towards a 1.5C (2.7F) ceiling set as the most ambitious limit for global warming by almost 200 nations under the 2015 Paris climate agreement. END_OF_DOCUMENT_TOKEN_TO_BE_REPLACED
06.01.2018 ~ Đào Thu Hằng ~ Bạn nghĩ gì về bài viết này?

When winter sets in, “polar vortex” becomes one of the most dreaded phrases in the Northern Hemisphere. It’s enough to send shivers even before the first blast of bitter cold arrives.

New research shows that some northern regions have been getting hit with these extreme cold spells more frequently over the past four decades, even as the planet as a whole has warmed. While it may seem counterintuitive, the scientists believe these bitter cold snaps are connected to the warming of the Arctic and the effects that that warming is having on the winds of the stratospheric polar vortex, high above the Earth’s surface.

Here’s what scientists involved in the research think is happening: The evidence is clear that the Arctic has been warming faster than the rest of the planet. That warming is reducing the amount of Arctic sea ice, allowing more heat to escape from the ocean. The scientists think that the ocean energy that is being released is causing a weakening of the polar vortex winds over the Arctic, which normally keep cold air centered over the polar region. That weakening is then allowing cold polar air to slip southward more often.

END_OF_DOCUMENT_TOKEN_TO_BE_REPLACED

1. We can reach the goals of the Paris Agreement – but ambitious action is needed now! Climate change is a threat to humanity. Irreversible Earth systems changes need to be avoided. This is a civilisational challenge which requires unprecedented joint action around the globe. We are under huge time pressure. Global CO2 emissions must decline to zero by mid-century in order to achieve the ambitious Paris goal, aimed at stabilising the global mean temperature well below 2 degrees C, and if possible at 1.5 degrees C. This translates into a stylised “carbon law”, whereby emissions must be halved every decade in analogy to the Moore’s law of semiconductors. We have the resources and the technology to achieve this, but do we have the political will and the resolve? Recent developments, such as the declaration by the US President to withdraw from the Paris Agreement, can be interpreted as a major setback. At the same time, they may inspire counter-movements, strengthening the determination to vigorously combat climate change. In particular, OECD countries and emerging economies should make commitments within the G 20 and within their national policies to ensure the achievement of global decarbonisation by the middle of the century. END_OF_DOCUMENT_TOKEN_TO_BE_REPLACED

Venezuela used to have five glaciers. Today, only one remains. The last glacier in Venezuela, the Humboldt glacier, is about to disappear. “Reduced to an area of ten football pitches, a tenth of its size 30 years ago, it will be gone within a decade or two,” reports The Economist. Once Venezuela loses the Humbolt, it will become the first country in modern history to have lost all of its glaciers.

The glacier is expected to completely vanish in ten to twenty years, and scientists have expressed the importance of studying the glacier in its last stages. However, the political and economic crisis in Venezuela makes it difficult to study the glacier. In the past, studies have shown how rapid glacier retreat affects the water cycle in glacier-dependent basins, which changes water regulation and availability. Thus, the disappearance of the Humboldt glacier will impact local communities as run-off stability and water supply for agriculture change. END_OF_DOCUMENT_TOKEN_TO_BE_REPLACED