Sotheby’s auction of the exclusive licensed rights to the Widi Reserve, more than100 environmentally protected islands that cover 25,000 acres in Indonesia, has been delayed from its originally scheduled date last week. The holdup follows backlash from environmental groups, which say the privatization and development of the islands could cause ecological damage and interfere with life in coastal communities.

With 161 votes in favour, and eight abstentions*, the UN General Assembly adopted a historic resolution on Thursday, declaring access to a clean, healthy and sustainable environment, a universal human right.

The resolution, based on a similar text adopted last year by the Human Rights Council, calls upon States, international organisations, and business enterprises to scale up efforts to ensure a healthy environment for all.

The UN Secretary-General, António Guterres, welcomed the ‘historic’ decision and said the landmark development demonstrates that Member States can come together in the collective fight against the triple planetary crisis of climate change, biodiversity loss and pollution.

Pristine parts of northern Kachin State are under threat as demand grows for high-tech devices that rely on rare earth.

Kachin State’s Chipwi Township in northernmost Myanmar is known for its pristine forests and crystal-clear water.

But 10 years ago, local residents started noticing the patches of land that had been cleared on the lush mountains surrounding their town, which borders China’s Yunnan province. It started with one patch of land, where all the trees were cut down. Then others followed.

Soon locals saw heavy machinery being moved through their town, heading to those barren plots of land. Then workers started flooding in. They excavated the ground and left open pits, many filled with chemically-laced water, in areas once rich in woodland. The water near those sites was no longer clean.

It became obvious at that stage that the newcomers were looking for something underneath the ground – rare earth, which contains elements widely used in high-tech products like smartphones, computer components, electric vehicles and solar cells.

END_OF_DOCUMENT_TOKEN_TO_BE_REPLACED 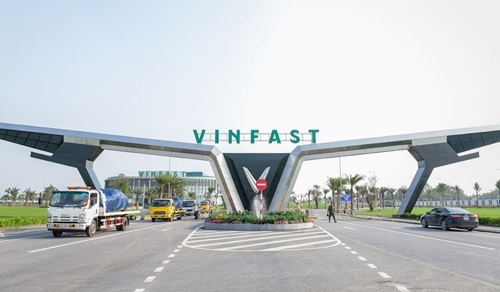 The company said that the Vinbus Transport Service Co. will operate under a non-profit model, aiming to develop a modern public transportation system that reduces pollution and noise in Vietnam’s major cities.

The company will exclusively produce and run electric buses, it said.

In the short term, the company plans to operate 3,000 electric buses made by VinFast.

At present, the VinFast bus factory is still under construction. German industrial manufacturing giant Siemens has agreed to provide the technology and components to build electric buses here.

END_OF_DOCUMENT_TOKEN_TO_BE_REPLACED

One hundred years ago, 1919 was a really big year: Countries signed the Treaty of Versailles to end World War I, Mahatma Gandhi began his nonviolent resistance against British rule, the Grand Canyon became a national park. And on a lighter note, pop-up toasters entered kitchens for the first time!

A century later, 2019 shows signs of being another big year—and a precarious one, as WRI President and CEO Andrew Steer explained at the Institute’s annual Stories to Watch presentation on January 9 in Washington. END_OF_DOCUMENT_TOKEN_TO_BE_REPLACED

On any given day, a pall of smog and dust hangs over Kabul’s streets. It clings to the face, burns the eyes, and stains the hands. It bathes the cars, often stuck bumper-to-bumper in traffic, and occludes the view of the distant mountains. Credit: Anand Gopal/IPS

Yet the levels, which appear higher than those of South Korea’s capital Seoul—where most people monitor the air pollution levels daily—is not treated with equal concern because of a lack of general awareness. This is despite the fact that air pollution has become the largest cause of premature deaths in Asia.

“When I went to Vietnam, I realised no one thought there was an air pollution problem because no one was directly addressing it. It was worse than Seoul when we checked the level there. In Seoul, people talk about air pollution everyday. In the morning, you check the air quality to see if you need a mask or if the kids can play outside. In Hanoi, the problem is just as bad but people just don’t know about it,” Global Green Growth Institute’s director-general Dr. Frank Rijsberman told IPS. END_OF_DOCUMENT_TOKEN_TO_BE_REPLACED

Thailand has become one of the largest dumpsites for electronic waste from developed countries since China’s January ban on the import of plastic waste. EURACTIV’s partner Le Journal de l’environnement reports. END_OF_DOCUMENT_TOKEN_TO_BE_REPLACED

Khanh Nguy Thi grew up near a coal plant in Bac Am, a village in northern Vietnam. While Nguy Thi’s lifelong dream was to become a diplomat, the memory of pollution in her hometown pulled her toward work in water conservation and community development.

In 2011, Khanh founded the Green Innovation and Development Centre (GreenID) to promote sustainable energy development in Vietnam. She also started the Vietnam Sustainable Energy Alliance, a network of 11 Vietnamese and international environmental organizations that collaborate on regional energy issues. END_OF_DOCUMENT_TOKEN_TO_BE_REPLACED

Megacities are on the rise. There are currently 47 such areas around the globe, each housing more than 10 million residents.

More than half the global population now lives in urban areas, comprising about 3 percent of the Earth. The ecological footprint of this growth is vast and there’s far more that can be done to improve life for urban residents around the world. END_OF_DOCUMENT_TOKEN_TO_BE_REPLACED

The world’s foremost environmental prize has announced more female winners than ever before, recognising the increasingly prominent role that women are playing in defending the planet.
END_OF_DOCUMENT_TOKEN_TO_BE_REPLACED 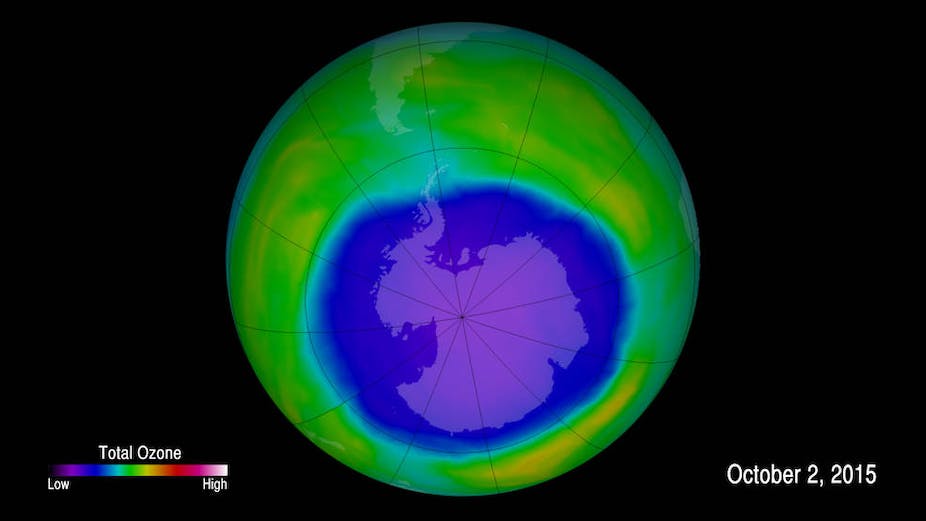 Editor’s note: Curbing damage to Earth’s protective ozone layer is widely viewed as one of the most important successes of the modern environmental era. Earlier this year, however, a study reported that ozone concentrations in the lower level of the stratosphere had been falling since the late 1990s – even though the Montreal Protocol, a global treaty to phase out ozone-depleting chemicals, had been in effect since 1989. This raised questions about whether and how human activities could still be damaging the ozone layer. Atmospheric chemist A.R. Ravishankara, who co-chaired a United Nations/World Meteorological Organization Scientific Assessment panel on stratospheric ozone from 2007 to 2015, provides perspective. END_OF_DOCUMENT_TOKEN_TO_BE_REPLACED