Last year, Vietnam scrapped a US$200 million oil and gas development project with Spanish energy giant Repsol situated within its own exclusive economic zone (EEZ) due to Chinese pressure. However, when a Chinese survey ship and coastguard vessels sailed last month to the contested oil-rich Vanguard Bank, which also lies well within Vietnam’s southeastern EEZ, Hanoi stood its ground. END_OF_DOCUMENT_TOKEN_TO_BE_REPLACED

The Philippines on Wednesday condemned the “cowardly action” of a suspected Chinese fishing vessel accused of abandoning a Filipino fishing crew after a collision in the East Vietnam Sea, while thanking a Vietnamese ship for coming to the fishermen’s aid.

The Chinese ship on Sunday hit a Filipino craft anchored near Reed Bank causing it to sink and leaving 22 crewmen “to the mercy of the elements,” Philippine defense secretary Delfin Lorenzana was quoted by AFP as saying in a statement on Wednesday. END_OF_DOCUMENT_TOKEN_TO_BE_REPLACED 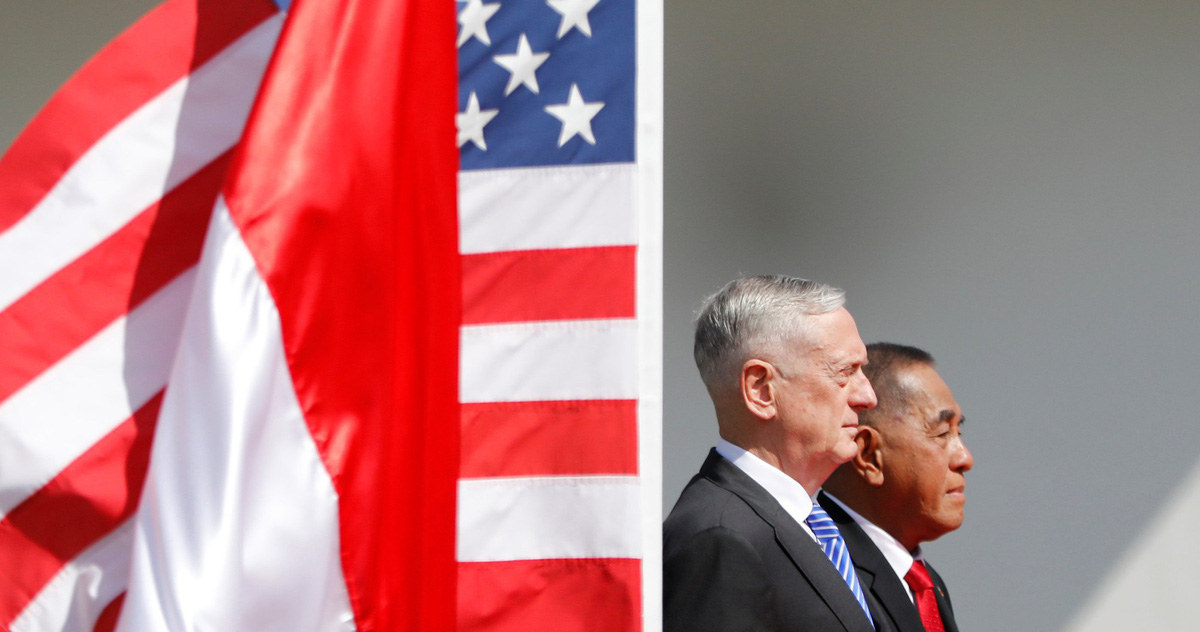 MANILA: China has assured the Philippines it will not occupy new features or territory in the South China Sea, under a new status quo brokered by Manila as both sides try to strengthen their relations, the Philippine defence minister said on Tuesday (Aug 15).

The minister, Delfin Lorenzana, told a congressional hearing that the Philippines and China had reached a “modus vivendi”, or a way to get along, in the South China Sea that prohibits new occupation of islands. END_OF_DOCUMENT_TOKEN_TO_BE_REPLACED

Locally known as Pag-asa, meaning hope in Tagalog, Thitu is a tree-studded settlement no more than 1.5km long and 800 metres wide. A dilapidated runway takes up almost half the area. END_OF_DOCUMENT_TOKEN_TO_BE_REPLACED

MANILA: The Philippines and China will open bilateral talks on their dispute over the South China Sea next week, Manila’s ambassador to Beijing said on Saturday (May 13).

Philippine President Rodrigo Duterte has sought to deepen relations with China despite its extensive island-building in disputed parts of the South China Sea, in the hopes of securing billions of dollars’ worth of investments from Beijing. END_OF_DOCUMENT_TOKEN_TO_BE_REPLACED

China has protested about a visit by Philippine military chiefs to a disputed island in the South China Sea, but Manila maintained on Saturday that it owns the territory where Filipino troops and villagers have lived for decades.

The public argument comes amid a thaw in once-frosty relations between the neighbours after Philippine President Rodrigo Duterte took office last June and moved to rekindle Manila’s friendship with Beijing, which has been strained by long-seething territorial disputes. END_OF_DOCUMENT_TOKEN_TO_BE_REPLACED

MANILA: The Philippines said on Saturday it was planning to change the name of a stretch of water east of the country in a bid to highlight its sovereignty over the area, which was surveyed recently by a Chinese vessel.

A Chinese survey ship was tracked for several months late last year moving around Benham Rise – declared part of the Philippines’ continental shelf in 2012 by the United Nations, stirring concern in Manila about Beijing’s possible intentions.

China says the ship was simply passing through the area and was not engaged in any other activity, and the country’s foreign minister said last week China fully respects the Philippines’ maritime area rights over Benham Rise. END_OF_DOCUMENT_TOKEN_TO_BE_REPLACED