END_OF_DOCUMENT_TOKEN_TO_BE_REPLACED

Bearing that in mind, the province has developed an organic cinnamon platform, focusing on building an agricultural sustainable chain from this valuable spice. END_OF_DOCUMENT_TOKEN_TO_BE_REPLACED 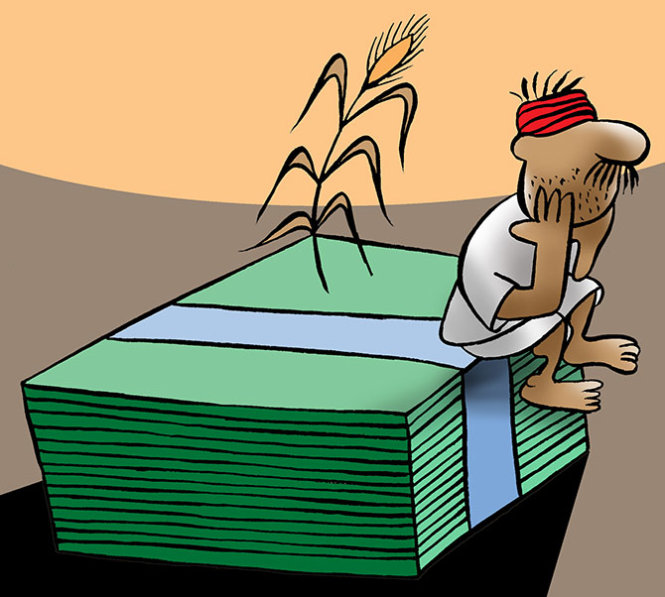 Minister and Chairman of the Government Office, Mai Tiến Dũng, who is also head of the Prime Minister’s working group, made the statement on Monday at a meeting with ministries to address issues in agricultural production and trade. END_OF_DOCUMENT_TOKEN_TO_BE_REPLACED

Viet Nam NewsHÀ NỘI — As many as 15 major Vietnamese seafood enterprises are attending the 2019 Seafood Expo North America, formerly known as the Boston Seafood Show, in the United States.

As the biggest trade promotion event in North America, the expo has the participation of distributors, retailers, catering services and processing and shipbuilding companies.

Products displayed at the fair include frozen, fresh and processed seafood as well as modern processing equipment. END_OF_DOCUMENT_TOKEN_TO_BE_REPLACED

END_OF_DOCUMENT_TOKEN_TO_BE_REPLACED

The U.S. Department of Commerce (USDOC) has slapped record high anti-dumping duties on catfish imports from Vietnamese companies, raising concerns that the Southeast Asian market will eventually fail to continue selling to this important market.

The steep tax rates were announced as the final ruling of the investigation by the USDOC into Vietnamese catfish imports, believed to affect local manufacturers in the U.S. END_OF_DOCUMENT_TOKEN_TO_BE_REPLACED

Vietnam’s shrimp exports are estimated at US$3.5 billion in the 11 months leading up to December with the EU, Japan and China as the three biggest importers.

Exports to China obtained an impressive growth of 60.5% with an estimated value of US$629.26 million, accounting for 18.1% of Vietnam’s total shrimp export value. Meanwhile China’s shrimp imports are on a strong upward trend to meet rising consumer demands for year-end festivals, especially the Lunar New Year. END_OF_DOCUMENT_TOKEN_TO_BE_REPLACED

29.10.201729.10.2017 ~ Trần Đình Hoành ~ Bạn nghĩ gì về bài viết này?
vietnamnet
VietNamNet Bridge – Because of unexpected changes in the market or poor business decisions, Minh Phu and Hung Vuong, the kings in the seafood industry, have been seeing a severe drop in profits.

Hung Vuong Seafood Company, called the ‘catfish King’, has announced the decision to divest from An Lac Real Estate and dissolve the company. Hung Vuong holds a 76 percent stake in the real estate firm with charter capital of VND300 billion.

VietNamNet Bridge – The US has more than 10 times imposed anti-dumping duties on Vietnam’s catfish exports. If it continues installing new barriers, Vietnam may need to find new markets for the exports, experts say.

The decline has been anticipated. In mid-September, the US DOC announced the preliminary decision on imposing anti-dumping duties on frozen fillet catfish after the POR 13, from August 1, 2015 to July 31, 2016. END_OF_DOCUMENT_TOKEN_TO_BE_REPLACED

END_OF_DOCUMENT_TOKEN_TO_BE_REPLACED

Local newspapers all reported about the export, commenting that the acceptance by Japan, one of the choosiest markets, shows the competitiveness of Vietnam’s livestock products in the world market.

The newspapers quoted high-ranking officials as saying that the exports will pave the way for Vietnam’s other livestock products to enter Japan and other choosy markets. END_OF_DOCUMENT_TOKEN_TO_BE_REPLACED

VietNamNet Bridge – Vinafood 1 and Vinafood 2 want to be exclusive bidders for government-to-government (G2G) rice export contracts, but analysts warn of the dangers of a monopoly.

The Vietnam Food Association (VFA) chair has told rice exporters that they must not sign export contracts with some G2G markets between June 6, 2017 and the day Vinafood 1 and Vinafood 2 end transactions and complete contracts. END_OF_DOCUMENT_TOKEN_TO_BE_REPLACED