UNITED NATIONS, Dec 21 (Reuters) – The U.N. Security Council adopted its first resolution on Myanmar in 74 years on Wednesday to demand an end to violence and urge the military junta to release all political prisoners, including ousted leader Aung San Suu Kyi.

Myanmar has been in crisis since the army took power from Suu Kyi’s elected government on Feb. 1, 2021, detaining her and other officials and responding to pro-democracy protests and dissent with lethal force.

It has long been split on how to deal with the Myanmar crisis, with China and Russia arguing against strong action. They both abstained from the vote on Wednesday, along with India. The remaining 12 members voted in favor.

“China still has concerns,” China’s U.N. Ambassador Zhang Jun told the council after the vote. “There is no quick fix to the issue … Whether or not it can be properly resolved in the end, depends fundamentally, and only, on Myanmar itself.”

He said China had wanted the Security Council to adopt a formal statement on Myanmar, not a resolution.

Russia’s U.N. Ambassador Vassily Nebenzia said Moscow did not view the situation in Myanmar as a threat to international peace and security and therefore believed it should not be dealt with by the U.N. Security Council.

U.S. Secretary of State Antony Blinken welcomed the resolution’s adoption. “This is an important step by the Security Council to address the crisis and end the Burma military regime’s escalating repression and violence against civilians,” he said in a statement.

Until now the council had only agreed formal statements on Myanmar, where the army also led a 2017 crackdown on Rohingya Muslims that was described by the United States as genocide. Myanmar denies genocide and said it was waging a legitimate campaign against insurgents who attacked police posts.

END_OF_DOCUMENT_TOKEN_TO_BE_REPLACED

However, the elected lawmaker from the ousted National League for Democracy and winner of the 2012 International Women of Courage Award said international assistance is largely limited to moral support.

She exclusively tells The Irrawaddy about the importance of international support, including funding and arms, Myanmar’s friends and foes and how it receives different treatment from Ukraine.

It has been more than a year since the revolution against military rule was launched. We heard the revolution has received no assistance from foreign countries. Why is that?

It is mainly because the international community regards the crisis as a domestic issue if we compare it with the Ukraine war. It is widely believed that countries should not interfere in domestic affairs.

END_OF_DOCUMENT_TOKEN_TO_BE_REPLACED

US Department of State – OFFICE OF THE SPOKESPERSON

Following is a joint statement on Armed Forces Day in Myanmar issued by the High Representative on behalf of the European Union and the Foreign Ministers of Albania, Australia, Bosnia and Herzegovina, Canada, Georgia, Iceland, Liechtenstein, Marshall Islands, the Federated States of Micronesia, Montenegro, New Zealand, North Macedonia, Norway, Palau, Republic of Korea, Serbia, Switzerland, Ukraine, the United Kingdom, and the United States.

On Armed Forces Day, we remember those killed and displaced by violence over the last year, including at least 100 people killed on this day alone one year ago.

Some countries continue to supply lethal assistance to Myanmar’s military regime, enabling its violence and repression. We urge all countries to support the people of Myanmar by immediately stopping the sale or transfer of arms, military equipment, materiel, dual-use equipment, and technical assistance to Myanmar, in line with UN General Assembly Resolution A/RES/75/287.  We reiterate our call on the military to cease its violence and restore Myanmar’s path to democracy.

The UN independent rights expert on the situation of human rights in Myanmar, told the UN Human Rights Council on Wednesday that conditions inside the country following the 1 February military coup have worsened, urging a “change of course” to prevent further human rights abuses and deaths.

According to Special Rapporteur Tom Andrews, since its power grab and overthrow of the democratically-elected Government, the junta and its forces have murdered more than 1,100 people, arbitrarily detained more than 8,000, and forcibly displaced more than 230,000 civilians, bringing the total number of internally placed persons in Myanmar to well over half a million.

END_OF_DOCUMENT_TOKEN_TO_BE_REPLACED

Five Southeast Asian leaders joined Prime Minister Shinzo Abe at the State Guest House in Tokyo on Oct. 9 to adopt an agreement to strengthen ties between their nations and Japan.

The agreement, titled “Tokyo Strategy 2018,” was adopted by Cambodia, Laos, Myanmar, Thailand and Vietnam, as well as Japan, at the 10th Mekong-Japan Summit Meeting.

The document positions relations between Japan and the Mekong River region as a “strategic partnership,” and it describes “strengthening connectivity,” “raising human resources” and “environmental protection” as its pillars, with the aim of developing high-quality infrastructure. END_OF_DOCUMENT_TOKEN_TO_BE_REPLACED 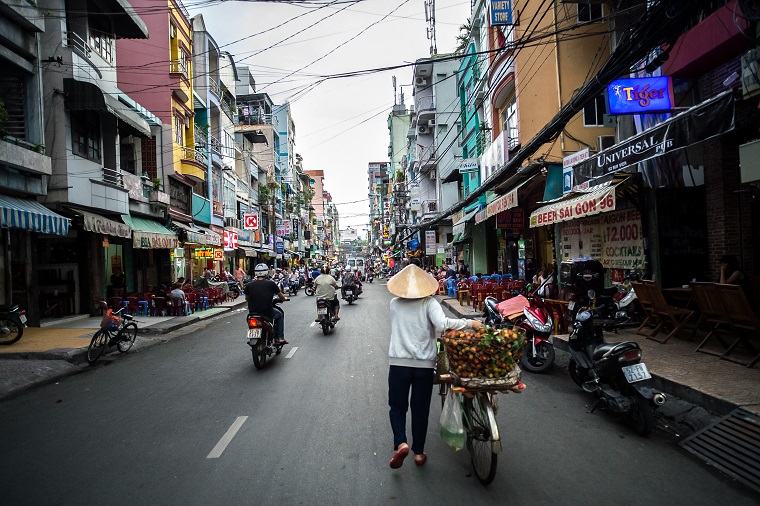 The Greater Mekong, including Vietnam, is expected to have a colossal US$66 billion poured in to strengthen regional economic co-operation in the next five years, said an Asian Development Bank (ADB) official on Tuesday.

The money was upped by $2 billion compared to what ministers of the six Greater Mekong Sub-region (GMS) countries – Myanmar, Laos, Viet Nam, Cambodia, Thailand and China – agreed to in the action plan framework for 2018-2022 late last year. END_OF_DOCUMENT_TOKEN_TO_BE_REPLACED

greatermekong – Economic corridors are areas, usually along major roadways, that host a variety of economic and social activities. This includes factories, tourism, trade, environmental protection activities and other aspects of the economy and social development of an area.

An economic corridor is much more complex than a mere road connecting two cities. It involves not only the development of infrastructure but also the crafting of laws and regulations that make it easier to do business, access markets, and conduct other activities that support trade and development in a comprehensive manner.

END_OF_DOCUMENT_TOKEN_TO_BE_REPLACED

HONG KONG — At Monument Books, a bookstore in Phnom Penh, Cambodia, the magazine racks are stacked with copies of The Economist and other titles from Britain, Australia, France and the United States.

But one top-selling magazine there was founded in Phnom Penh and takes its name — Mekong Review — from the mighty river that runs beside the city’s low-rise downtown.