Four years ago, I traveled around America, visiting historical archives. I was looking for documents that might reveal the hidden history of climate change – and in particular, when the major coal, oil and gas companies became aware of the problem, and what they knew about it.

I pored over boxes of papers, thousands of pages. I began to recognize typewriter fonts from the 1960s and ‘70s and marveled at the legibility of past penmanship, and got used to squinting when it wasn’t so clear.

What those papers revealed is now changing our understanding of how climate change became a crisis. The industry’s own words, as my research found, show companies knew about the risk long before most of the rest of the world.

At an old gunpowder factory in Delaware – now a museum and archive – I found a transcript of a petroleum conference from 1959 called the “Energy and Man” symposium, held at Columbia University in New York. As I flipped through, I saw a speech from a famous scientist, Edward Teller (who helped invent the hydrogen bomb), warning the industry executives and others assembled of global warming.

END_OF_DOCUMENT_TOKEN_TO_BE_REPLACED

Europe’s energy ambitions are clear: to shift to a low-carbon future by remaking its power generating and distribution systems. But the present situation is an expensive mess. A global supply crunch for natural gas, bottlenecks for renewable energy and wind speeds in the North Sea among the slowest in 20 years, idling turbines, have contributed to soaring electricity prices. As winter approaches, governments are preparing to intervene if needed in volatile energy markets to keep homes warm and factories running.

Energy prices skyrocketed as economies emerge from the pandemic — boosting demand just as supplies are falling short. Coal plants have been shuttered, gas stockpiles are low and the continent’s increasing reliance on renewable sources of energy is exposing its vulnerability. Even with mild weather in September, gas and electricity prices were breaking records across the continent and in the U.K. Italy’s Ecological Transition Minister Roberto Cingolani said he expected power prices to increase by 40% in the third quarter. In the U.K., CF Industries Holdings Inc., a major fertilizer producer, shut two plants, and Norwegian ammonia manufacturer Yara International ASA curbed its European production because of high fuel costs, as the crunch started to hit industrial companies.

END_OF_DOCUMENT_TOKEN_TO_BE_REPLACED

Predictions of peak oil and the impending demise of fossil fuels will hit Asian oil refiners especially hard. The region is home to three of the top four oil-guzzling nations, and more than a third of global crude processing capacity. Yet, Asian refiners are expanding at a breakneck pace, even building massive new plants designed to run for at least half a century.

What is going on?

After a century of powering the world’s vehicles, oil refiners are having to plan for an oil-free future in mobility as cars begin switching to batteries, ships burn natural gas, and innovation brings on other energy sources such as hydrogen. Goldman Sachs Group Inc. predicts oil demand for transportation will peak as early as 2026.

Yet, even as a slew of headlines announce oil major BP Plc selling its prized Alaskan fields or Royal Dutch Shell Plc pulling the plug on refineries from Louisiana to the Philippines, Asia’s big refineries are planning for a much longer transition. Chinese refining capacity has nearly tripled since the turn of the millennium, and the nation will end more than a century of U.S. dominancethis year. And China’s capacity will continue climbing – to about 20 million barrels a day by 2025, from 17.4 million barrels at the end of 2020. India’s processing is also rising rapidly and could jump by more than half to 8 million barrels a day in the same time. 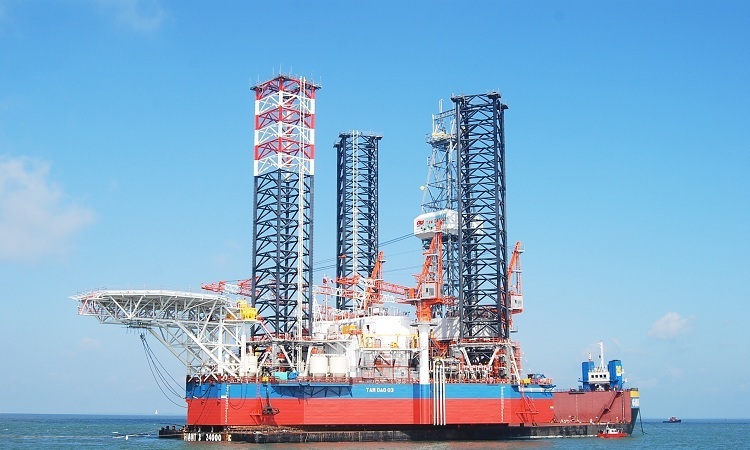 While the episode of negative WTI price is still being actively debated, its proper root cause is yet to be determined. This Comment contributes to the discussion and studies the event by modifying the theory of storage for an oil market with rigid operational infrastructure, where short-term supply and demand are price inelastic. We found that such pricing anomaly can be well characterized by a simple concept borrowed from the physics of extreme events.

The future prices are modelled as a financial derivative of the storage capacity. During normal market conditions, the spread between nearby futures contract is mostly determined by the carry trade and the cost of storage. However, if either inventory or the storage capacity is no longer available, the carry trade breaks down as the futures trader is unable to make or take the delivery of physical barrels. These events are akin to defaults in financial markets and prices leading to them are characterized by the financial squeeze.

We calibrate the model to inventory data at Cushing, Oklahoma and conclude that only a small fraction of the abnormal price move could be attributed to constraints on the storage capacity. The rest of the move was caused by the financial squeeze on long futures positions held against over-the-counter products. We detail the behavior of main market participants that led to negative prices. The Comment also points to several shortcomings of the recent CFTC report on this topic and suggests additional areas where a more granular look at the data could be helpful.

This comment looks at the announcement by the Danish government on 4 December to cancel the 8th offshore licensing round and all future rounds and to phase out all production of oil and gas by 2050. It describes the industry and political background to the announcement, including the ambitious legal target of a 70% reduction in GHG emissions by 2030 and climate neutrality by 2050, and the most recent official projections of offshore production. It concludes that it will shape operators’ investment and management of mature fields but its impact on Danish emissions and upstream production in 2030 and 2050 is likely to be much more modest than at first appears. However, if the reform galvanises the Danish authorities and investors to commit resources to the development of offshore CO2 storage in the period 2025-30, it may contribute significantly to Denmark’s climate objectives.

Credit: Pharos EnergyEd Story, President, and Chief Executive Officer, said: “We are pleased to have received approval from the Prime Minister of Vietnam for the TGT Full Field Development Plan. This final approval enables us to put plans in place to commence the drilling of the six new producer wells on TGT starting in Q4 2021, allowing us to realize further resources in the TGT field.” END_OF_DOCUMENT_TOKEN_TO_BE_REPLACED

END_OF_DOCUMENT_TOKEN_TO_BE_REPLACED

This Insight continues the OIES series considering the future of gas. The clear message from previous papers is that on the (increasingly certain) assumption that governments in major European gas markets remain committed to decarbonisation targets, the existing natural gas industry is under threat. It is therefore important to develop a decarbonisation narrative leading to a low- or zero-carbon gas implementation plan.

Previous papers have considered potential pathways for gas to decarbonise, specifically considering biogas and biomethane , and power-to-gas (electrolysis) . This paper goes on to consider the potential for production, transport and use of hydrogen in the decarbonising energy system. Previous papers predominately focused on Europe, which has been leading the way in decarbonisation. Hydrogen is now being considered more widely in various countries around the world, so this paper reflects that wider geographical coverage. END_OF_DOCUMENT_TOKEN_TO_BE_REPLACED

Petroleum projects being executed jointly by PetroVietnam (PVN) and America’s ExxonMobil in central Vietnam are proceeding as scheduled.

“The Vietnam Oil and Gas Group (PVN) has said that petroleum projects in central Vietnam, including projects at sea and on land, are being carried out as planned by PVN, Petrovietnam Exploration Production Corporation (PVEP) and ExxonMobil,” Foreign Ministry spokeswoman Le Thi Thu Hang said at a press meeting Thursday.

END_OF_DOCUMENT_TOKEN_TO_BE_REPLACED

Last year, Vietnam scrapped a US$200 million oil and gas development project with Spanish energy giant Repsol situated within its own exclusive economic zone (EEZ) due to Chinese pressure. However, when a Chinese survey ship and coastguard vessels sailed last month to the contested oil-rich Vanguard Bank, which also lies well within Vietnam’s southeastern EEZ, Hanoi stood its ground. END_OF_DOCUMENT_TOKEN_TO_BE_REPLACED