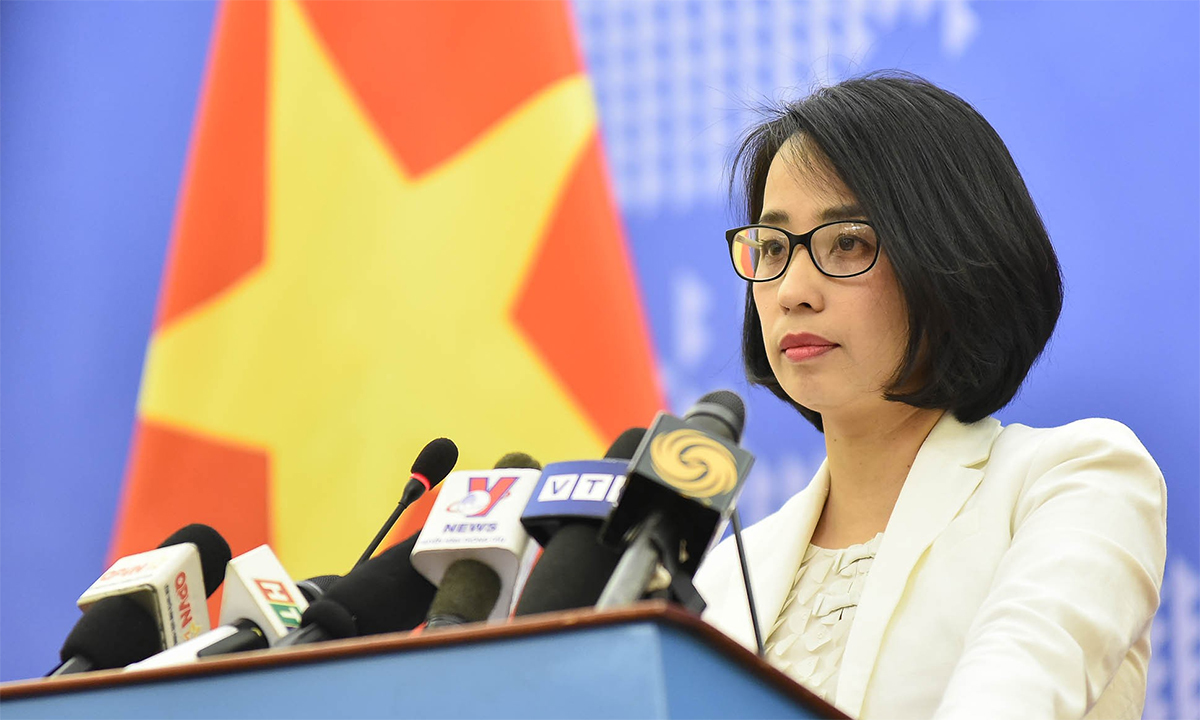 “The putting of Vietnam on the U.S. Special Watch List regarding religious freedom was based on evaluations that were not objective, as well as inaccurate information on the freedom of religion and belief in Vietnam,” deputy spokeswoman for the Ministry of Foreign Affairs Pham Thu Hang said at a Thursday regular press meeting.

Hang was replying to a comment about the fact that U.S. Secretary of State Antony Blinken had added Vietnam to a Special Watch List regarding religious freedom on December 2.

Hang said Vietnam’s consistent stance is to respect and ensure human rights, as well as the people’s freedom of religion and belief, which is recorded in the Constitution and Vietnam’s legal system.

“Vietnam’s efforts and achievements to ensure human rights and the people’s freedom of religion and belief have been widely acknowledged by the international community,” Hang said. “Vietnam is willing to talk with the U.S. about issues of mutual interest, in the spirit of honesty, openness and mutual respect, contributing to the bolstering of the two countries’ comprehensive partnership

Under the Frank R. Wolf International Religious Freedom Act of 2016 (Wolf Act), the President is required to “designate each country that engaged in or tolerated severe violations of religious freedom during the previous year, but does not meet” all the criteria for being designated as a CPC to a “Special Watch List” (SWL).

The Wolf Act also further requires the designation of Entities of Particular Concern (EPC) for non-state actors that have engaged in particularly severe violations of religious freedom. According to the law, a “non-state actor” is defined as “a nonsovereign entity that (A) exercises significant political power and territorial control; (B) is outside the control of a sovereign government; and (C) often employs violence in pursuit of its objectives.” The President has delegated the authority to make CPC, SWL, and EPC designations to the Secretary of State.

The most recent Countries of Particular Concern designations were made by the Secretary of State on November 30, 2022:

The most recent Special Watch List designations were made by the Secretary of State on November 30, 2022:

The most recent Entities of Particular Concern designations were made by the Secretary of State on November 30, 2022: