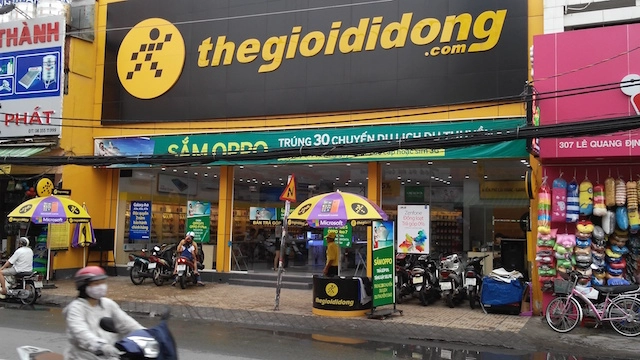 HÀ NỘI — With a scale of nearly US$180 billion and an annual two-digit growth rate, the Vietnamese consumer retail market is being squeezed by foreign investors.

Recently, Arisaig Asia Consumer Fund Limited said that it had invested in three new businesses in Asia, including Saigon Beer-Alcohol-Beverage Corporation (Sabeco), but the investment was not disclosed.

Previously, the fund continuously increased its ownership in Mobile World Investment Corporation (MWG) from the end of last year.

Arisaig Asia Consumer Fund is a member of Arisaig Partners, a company founded in 1996, specialising in investing in consumer businesses with a scale of up to $4 billion.

It focuses on investing in businesses of essential consumer goods and technology in Asia.

Of which, the proportion of Vietnamese stocks in the fund’s portfolio is about 3 per cent, equivalent to $75 million.

Beside Arisaig Asia Consumer Fund, many foreign corporations and funds are seeking places to pour capital into the Vietnamese consumption retail pie.

Previously, this fund has successfully invested in many consumer retail businesses in Việt Nam such as Golden Gate, MWG, and recently Pharmacity.

Chris Freund, Mekong Capital founder and partner, said that the fund would continue to look for fast-growing companies in retail, restaurant, consumer goods and distribution in Việt Nam.

FPT shares account for the largest proportion (8.6 per cent) in Tundra’s portfolio.

At Việt Nam Holding, the retail group accounts for the largest proportion (24 per cent) in the portfolio, followed by industrial goods and services (20 per cent), real estate (17 per cent), telecommunications (12  per cent), and banks (9 per cent).

The fund assessed that the portfolio of investments, especially retail, is likely to grow positively in the next three to five years.

This is the fourth consecutive year the market has a growth rate of over 10 per cent and is forecast to continue growing and reaching $180 billion this year.

Trần Duy Đông, director of the Domestic Market Department under the Ministry of Industry and Trade, recommended taking advantage of the new opportunities offered by the Europe-Việt Nam Free Trade Agreement (EVFTA).

Domestic enterprises should carefully study the contents and rules to prepare in advance, ready to take advantage of opportunities from the agreement, he said.

At the same time, strengthening business strategy management, business structure in accordance with domestic and international market conditions, meeting the diverse and increasing needs of consumers.

Nguyễn Thị Thu Trang, director of the WTO Integration Centre under the Việt Nam Chamber of Commerce and Industry, committed to not applying the mechanism of checking economic needs with EU retailers in the EVFTA, which would help EU investors have opportunities to expand their operations in Việt Nam in the retail sector.

An economic needs test is a procedure whereby foreign-invested companies in the distribution sector, which are allowed to provide commission agency services, wholesale and retail for all products manufactured in Việt Nam and legally imported into the country, must be met when establishing retail outlets. — VNS