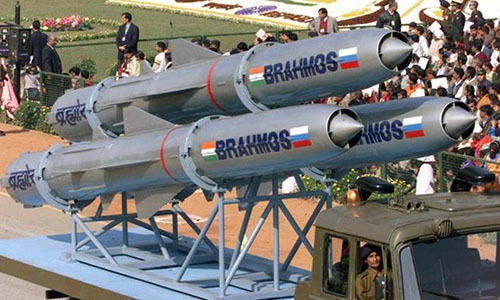 The purchase of defense equipment ‘is in line with Vietnam’s peaceful national defense policies.’

Vietnam is developing defense cooperation with India to allow the country to pursue its defense policies, foreign ministry spokeswoman Le Thi Thu Hang said at a press briefing on Thursday.

She was responding to an inquiry about Vietnam’s purchase of a batch of short-range ramjet supersonic cruise missiles from India. END_OF_DOCUMENT_TOKEN_TO_BE_REPLACED

New Delhi: For the first time ever, the government of Vietnam today confirmed – albeit carefully – that it has acquired BrahMos anti-ship cruise missiles from India. At a time when Delhi and China are locked in their worst military confrontation in decades, sources in the Defence Ministry denied selling the missile systems to Vietnam, though they did not want to comment on record. END_OF_DOCUMENT_TOKEN_TO_BE_REPLACED