DAK DOA, Vietnam — At the end of the rainy season, the hillsides in Dak Doa district, in central Vietnam’s Gia Lai province, turn pink as the Cỏ Hồng grass blushes in the basaltic soil of a 50-year-old pine forest.

END_OF_DOCUMENT_TOKEN_TO_BE_REPLACED

For years, controversy has surrounded FIFA’s choice of the 2022 World Cup host. Thanks to new Qatargate revelations, scathing headlines will haunt this year’s World Cup well after the final showdown between Argentina and France this weekend.

Last Friday, allegations emerged that the Qatari government has bribed current and former members of the European Parliament and their staff to tone down criticism in the lead-up to the prestigious tournament and win other favours. 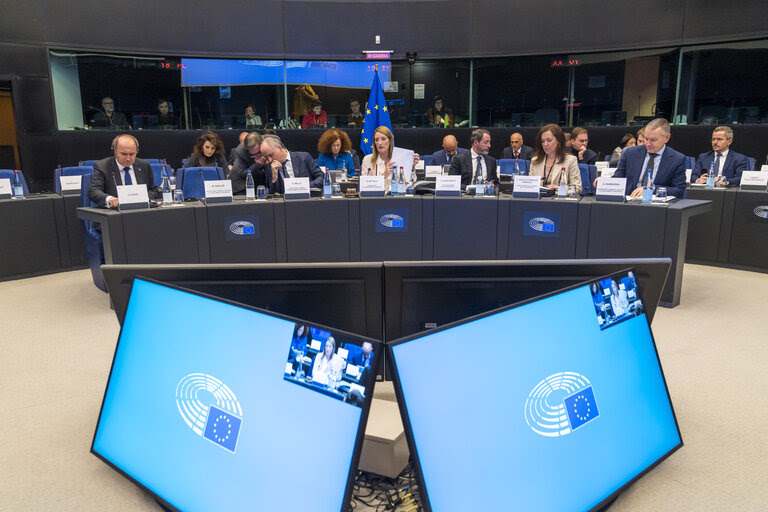 While countries in Asia Pacific have made great strides in controlling bribery for public services, an average score of 45 out of 100 on the 2021 Corruption Perceptions Index (CPI) shows much more needs to be done to solve the region’s corruption problems.

Some higher-scoring countries are even experiencing a decline as governments fail to address grand corruption, uphold rights and consult citizens.

The top performers in Asia Pacific are New Zealand (CPI score: 88), Singapore (85) and Hong Kong (76). However, most countries sit firmly below the global average of 43. This includes three countries with some of the lowest scores in the world: Cambodia (23), Afghanistan (16) and North Korea (16).

Among those with weak scores are some of the world’s most populous countries, such as China (45) and India (40), and other large economies such as Indonesia (38), Pakistan (28) and Bangladesh (26). A concerning trend across some of these nations is a weakening of anti-corruption institutions or, in some cases, absence of an agency to coordinate action against corruption.

END_OF_DOCUMENT_TOKEN_TO_BE_REPLACED

Cambodia’s Metta forest has been devastated by deforestation as the government gives away land to the elite, with villagers’ protests quashed by violence

END_OF_DOCUMENT_TOKEN_TO_BE_REPLACED

The clips says about

A satirical look at the dubious characters and state officials who buy nationality as if it’s a luxury car. Al Jazeera’s Investigative Unit obtained a leak of documents that we’re calling The Cyprus Papers.

If you can afford $2.5 million to purchase a passport to Europe, then you’re probably already on someone’s rich list with at least a Porsche in the garage. The leak reveals 2,500 people who paid to become new citizens of Cyprus with the added perk of be able to live and work anywhere from Milan to Monte Carlo.

So who’s on the list? Among the names in The Cyprus Papers are convicted criminals, men on the run and political figures regarded as a high-risk for dirty money.

They’ve endured genocide, war and grinding poverty, and now the people of Cambodia appear to be battling another enemy, with a crackdown on opposition voices.

END_OF_DOCUMENT_TOKEN_TO_BE_REPLACED

If there was one common challenge to unite the Asia Pacific region, it would be corruption. From campaign pledges to media coverage to civil society forums, corruption dominates discussion. Yet despite all this talk, there’s little sign of action. Between Australia’s slipping scores and North Korea’s predictably disastrous performance, the 2015 index shows no significant improvement. Has Asia Pacific stalled in its efforts to fight corruption?

This year’s poor results demand that leaders revisit the genuineness of their efforts and propel the region beyond stagnation.

The public desire for change is huge. In India, Sri Lanka and elsewhere, we’ve seen a host of governments coming to power on anti-corruption platforms. As corruption continues to dominate media coverage across and beyond the region, increasing interest in the issue has sparked a raft of new research into both public and private sector corruption.

So why this picture of zero progress? Despite boastful efforts on petty corruption, Malaysia’s 1MBD scandal brought the crux of the challenge into sharp focus: is political leadership genuinely committed to fighting corruption throughout society? The Malaysian prime minister’s inability to answer questions on the US$700 million that made its way into his personal bank account is only the tip of the iceberg.

In India and Sri Lanka leaders are falling short of their bold promises, while governments in Bangladesh and Cambodia are exacerbating corruption by clamping down on civil society. In Afghanistan and Pakistan a failure to tackle corruption is feeding ongoing vicious conflicts, while China’s prosecutorial approach isn’t bringing sustainable remedy to the menace. This inability to tackle root causes holds true across the region – witness, for example, Australia’s dwindling score in recent years.

What needs to happen

Reversing corruption is clearly not solely down to governments, but they’re the ones with the largest role and the power to create enabling environments for others. This year’s poor results demand that leaders revisit the genuineness of their efforts and propel the region beyond stagnation. They must fulfil promises, and ensure efforts aren’t undermined in practice. Anti-corruption commissions are a prime example here: while their creation across the region is commendable, ongoing political interference and inadequate resources has meant many are unable to fulfil their mandate. This has to be addressed.

When and why people pay bribes or use personal connections

Across Asia, the use of personal connections to get ahead is a common practice.

In addition to paying bribes for the services they need, people use their family or social contacts to skip the line or gain quicker and better access to schools and hospitals, and “speed up” government paperwork such as driver’s licenses or birth certificates..

In the Global Corruption Barometer — Asia, we asked people about how and why they paid bribes or used personal connections when accessing public services across Asia.

END_OF_DOCUMENT_TOKEN_TO_BE_REPLACED

Kleptocracy in Russia has thrived thanks to the complicity of advanced economies, who are now waking up to its dangers

In the wake of Russia’s attack on Ukraine, the international community is scrambling to deter President Vladimir Putin and his cronies – and to help end the military aggression as soon as possible.

Among other measures, European Union member countries, Canada, United Kingdom and the United States have all announced targeted sanctions against Kremlin-linked individuals and businesses – many of whom are suspected of large-scale corruption.

In a kleptocratic system such as today’s Russia, going after the elites can be meaningful. The vast wealth that Russian kleptocrats have amassed – and continue to enjoy – has helped President Putin tighten his grip on power, exert illicit influence over the affairs of other nations and embolden his geopolitical ambitions.