END_OF_DOCUMENT_TOKEN_TO_BE_REPLACED

For decades, the ethnically and linguistically diverse people of Isan, Thailand, have been the subject of pervasive bias, often described as docile and uneducated, or as “unsophisticated peasants” who can be bought and manipulated by ambitious politicians. Bordered by Laos and the Mekong River to the north and east, and by Cambodia to the southeast, these 20 provinces in Thailand’s northeast have long been the country’s poorest and least fertile region. But Isan is also Thailand’s most populous region, with 22 million inhabitants, 33% of the country’s total population. It is a population that matters deeply to the country’s future prosperity. END_OF_DOCUMENT_TOKEN_TO_BE_REPLACED

Thailand is moving ahead with a scheduled update to the national Power Development Plan. A slew of contradictory news reports indicate a lively internal debate over the how big of a pivot Thailand will make towards domestic renewable energy and away from power imports from neighboring Laos and Myanmar. The Power Development Plan (PDP), which is revised approximately every three years, should be released in September 2018. The release is timely as prices of alternative technologies like wind and solar power are at record lows and continuing to fall. Given the ongoing need for power sector expansion, Thailand and other countries in the Mekong region are well positioned to take advantage of these low prices if the right policies are set.
END_OF_DOCUMENT_TOKEN_TO_BE_REPLACED 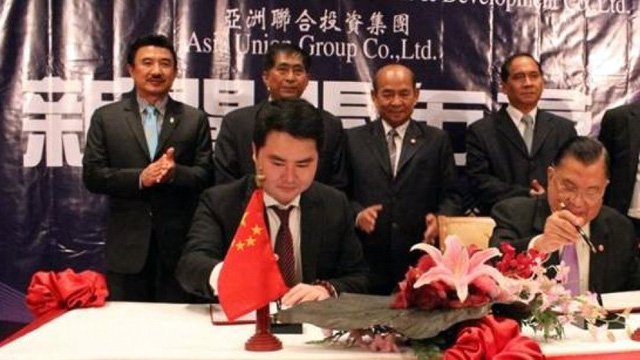 END_OF_DOCUMENT_TOKEN_TO_BE_REPLACED

Thailand plans to impose a smoking ban on 20 of its popular tourist beaches across the country, including those in Phuket and Krabi, the Bangkok Post reported on Tuesday (Oct 10).

From next month, those who are caught smoking at these beaches will face up to a year in prison or a fine of 100,000 baht (US$3,000). END_OF_DOCUMENT_TOKEN_TO_BE_REPLACED

It’s nearly 10pm and Umida* is cooking dinner – a simple meal of rice and meat for the 11 members of her household who have been stuck inside the house all day due to Uzbekistan’s intense summer heat.

Since emerging as an independent nation in 1991, after nearly 200 years of Russian and then Soviet rule, Uzbekistan has slowly seen some economic progress. But poverty and unemployment remain high and many Uzbeks travel abroad for work. This leaves the men, women and children vulnerable to forced labour and sex trafficking. END_OF_DOCUMENT_TOKEN_TO_BE_REPLACED

Thailand’s prestigious Chulalongkorn University has removed the head of its student council, a vocal critic of military rule, after he was accused of disrupting a royalist initiation ceremony.

BANGKOK: Thailand’s prestigious Chulalongkorn University has removed the head of its student council, a vocal critic of military rule, after he was accused of disrupting a royalist initiation ceremony.

But Netiwit Chotiphatphaisal, 20, and the student council said they refused to accept the university order against him and four other members, and would appeal against the decision. END_OF_DOCUMENT_TOKEN_TO_BE_REPLACED

Bangkok, one of the world’s foodie capitals, caters to almost every taste, whether fine French cuisine or fresh sushi. But for tourists and locals alike, it is Thai street food that really makes the city such a culinary delight.

The authorities planned to purge the city of street food, in the interests of ‘cleanliness, safety and order’

Dishes from all over the country are available at every hour of the day. They include som tam, a spicy green papaya salad from the northeast, and muu bing, strips of grilled pork on sticks. There are also the popular lad kao (on rice) varieties, which are stir-fried dishes like krapao moo saap – minced pork fried in garlic, fish sauce, chilli and Thai basil. The food originates from different parts of the country, making the capital’s streets reflect the kingdom as a whole.

In April this year, the authorities announced they would purge the city of street food, in the interests of “cleanliness, safety and order”. The next area to be cleared would be Bangkok’s Chinatown and the backpacker ghetto of Khao San Road. There would be no exceptions said Wanlop Suwandee, chief adviser to the governor. “Every street vendor will have to move out.”

The announcement was met with incredulity. The authorities were quick to back-pedal, claiming they were not banning street food entirely, but regulating it. Special areas would be set up for vendors, they announced, but far from the centre. The tourist areas of Chinatown and Khao San would be spared. END_OF_DOCUMENT_TOKEN_TO_BE_REPLACED