HÀ NỘI — At 15 years old, Đỗ Duy Vị left his hometown to make a living on the streets of Hà Nội. Two decades later, he is now one of the Chief Executives of the foundation that rescued him.

Vị might be one of many street kids that return to work at Blue Dragon, and one of the few that have spent more than ten years with the organisation, but his story has special significance as he has witnessed the growth of Blue Dragon even before it was established.

Đỗ Duy Vị with some of the children at the shelter. — Photo courtesy of Blue Dragon Children’s Foundation

Born to a family of farmers in Nam Định Province, Vị and his three other siblings stayed with their mother while their father often travelled to other provinces for work.

Things took a turn for the worse when Vị’s father got sick and had to return home, which meant a major dent in the family’s income.

Vị told Việt Nam News: “At that time I didn’t have money to go to school, and our family was in such difficult circumstances that I didn’t want to continue school either.”

Many children in the area were also dropping out to go working, he said. They went to Hà Nội and took up various jobs: selling newspapers, picking up trash, or shining shoes.

“I got here, bought the tools, and my friend spent a few hours teaching me how to do the job,” he said.

“And then I started wandering the streets.” 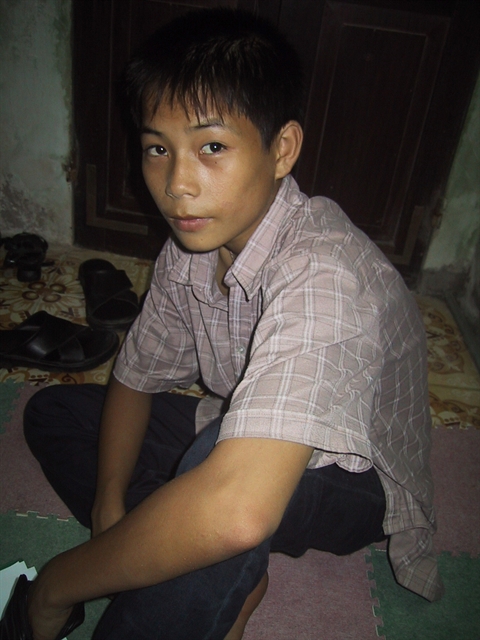 Life on the streets was no doubt difficult for the teenager. With dangers and risks always surrounding you, keeping your emotions in check was needed to survive, Vị said.

Yet inside, the young Vị was always looking for a change.

He said: “When I was on the streets, there were moments when I felt so helpless and desperate.

“I wanted somebody to help me, to give me a chance to change my life.

“And I waited for quite a long time, until almost one year later when I met Michael [Brosowski],” who later founded Blue Dragon Children’s Foundation.

Back then, Brosowski was teaching at the National Economics University while also running an English class for street kids.

He offered the boy who was asking to shine his shoes, Vị, to come and join the class.

“I thought a lot, wondered if he was tricking me, if there were going to be problems, and why he wanted to help me,” said Vị.

Vị eventually decided to attend the class with Điệp, another street kid from the same hometown as him.

The teenager simply thought that with English, he could shine shoes for more foreigners and therefore earn more money.

He was not that interested in the class, Vị admitted, but afterwards, the Vietnamese volunteers would often take the kids out to have phở – the signature Vietnamese noodles.

“I went to the class, I learned, I played, I got to eat, and I felt appreciated. I felt like I had values when all these people treated me so well.”

These classes were the beginning of Blue Dragon, where Vị and six other kids were rescued and brought to its very first shelter – dubbed the ‘Big Room’. 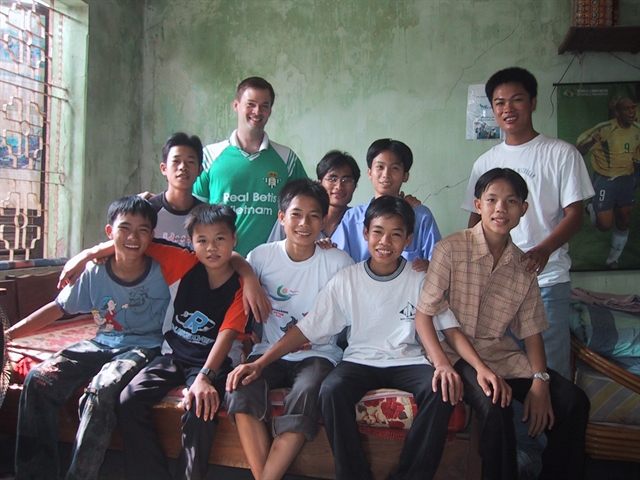 Đỗ Duy Vị (centre) when he was a child with other street kids in the English class. — Photo courtesy of Blue Dragon Children’s Foundation

While Vị later found success with his career in hospitality, he still spent time supporting Blue Dragon’s rescue team, and eventually returned to work for the organisation in 2009.

Once on the streets himself, Vị was no stranger to the places the street kids often go to. His experience also made it easier to approach and talk to these wandering children.

“But there are more problems now, these kids are often sexually abused or in gangs, or in areas with numerous social issues,” he said.

“Back then I didn’t have enough experience to address such complex problems. And these kids were also not at all easy to help – they were hurt so bad.”

It took him several years struggling, but one question pushed him forward: “If I stopped, who would help those children?

However, Vị is no longer alone in his job now. Well-prepared for his next positions in Blue Dragon, he has built a strong ‘street kids rescue squad’ that will continue going out and look for the children in need.

Vị said about his team: “They are dedicated and passionate about their work, some of them were once street kids as well.

“They are now fully capable of assisting these children that they don’t need much help from me on the field anymore.” 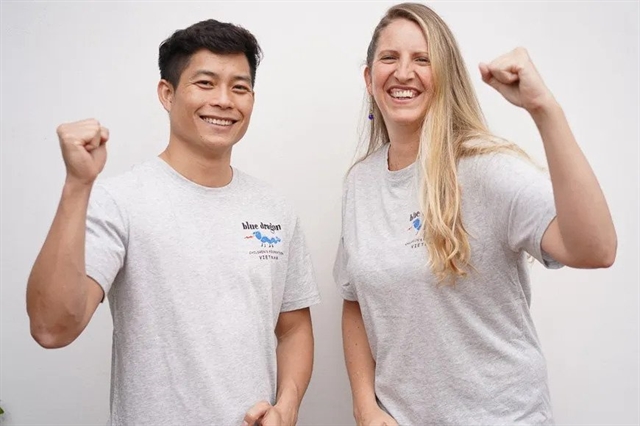 To Vị, assuming the position of co-CEO means more than just a step forward in his career.

He said: “It is also something that I could share with young people who are in difficult circumstances, or are wandering on the streets: that if they really put in the effort, they can change their own lives.

“Yet like a young tree that needs water, sunlight and care to thrive, these street kids need a helping hand – as their starting point is much further behind than others.”

This is where organisations like Blue Dragon step in to offer them much needed support.